Toyon, in the rose family, carries a name given to it by Native Americans and produces fruit related to apples. Because it ripens and turns bright red around the holidays, its common names are Christmas berry and California Holly. 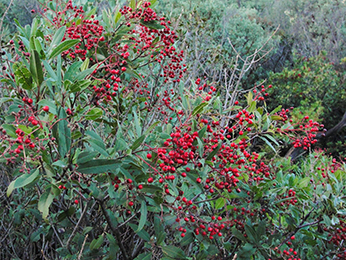 There’s debate surrounding the plant’s association with the naming of Hollywood. [See link in resources.]

A California native, Toyon is an evergreen shrub. It grows from sea level to scrub oak zones up to 4,000 ft. elevation; it’s drought tolerant and accepts a variety of soil types— including clay. 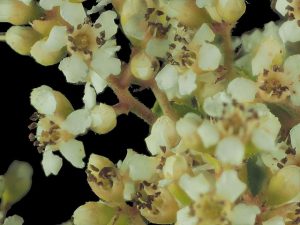 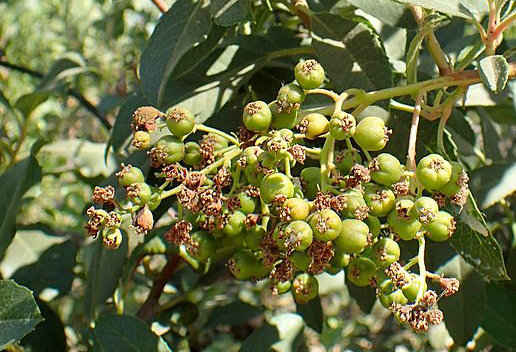 While fruit is developing, berries contain a cyanogenic glucoside, a toxic substance, that protects them from being eaten. 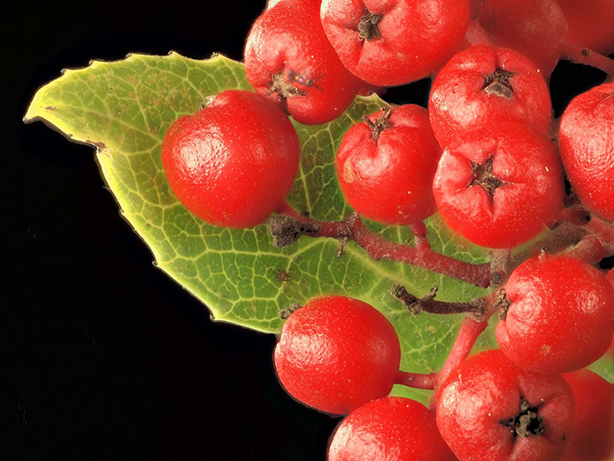 As the fruit ripens, turning red, the cyanogenic glucoside moves from the pulp into the seeds. 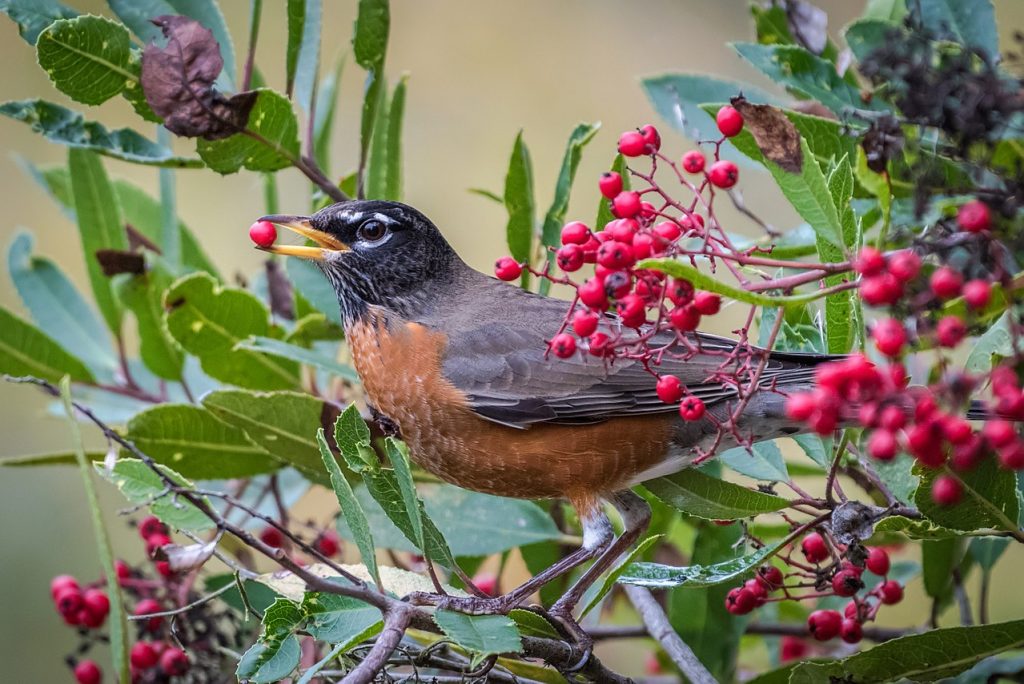 Birds and some mammals, such as coyote and bear, eat Toyon berries in the fall.

For humans, the taste of fresh berries is bitter. It’s a good idea to spit out the seeds.

Heating berries before eating removes some of the bitterness. 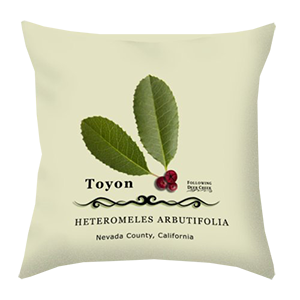 *This article is dedicated to Rose Sponder, who identified the plant on Instagram.

KCET – Deck The Hills with Boughs of (California) Holly

SFGate – How to Care for A Toyon Tree