Within the California Floristic Province, there about 90 species of native tarweeds. Over millions of years, they developed to succeed in a variety of microclimates from sea level to mountain elevations. Tarweeds are part of California’s first native plants and are members of the sunflower family.

“Large swaths of undeveloped California are populated with all variety of tarweeds, because tarweeds have that logic in their DNA.” – Eric Simmons, Bay Nature Magazine 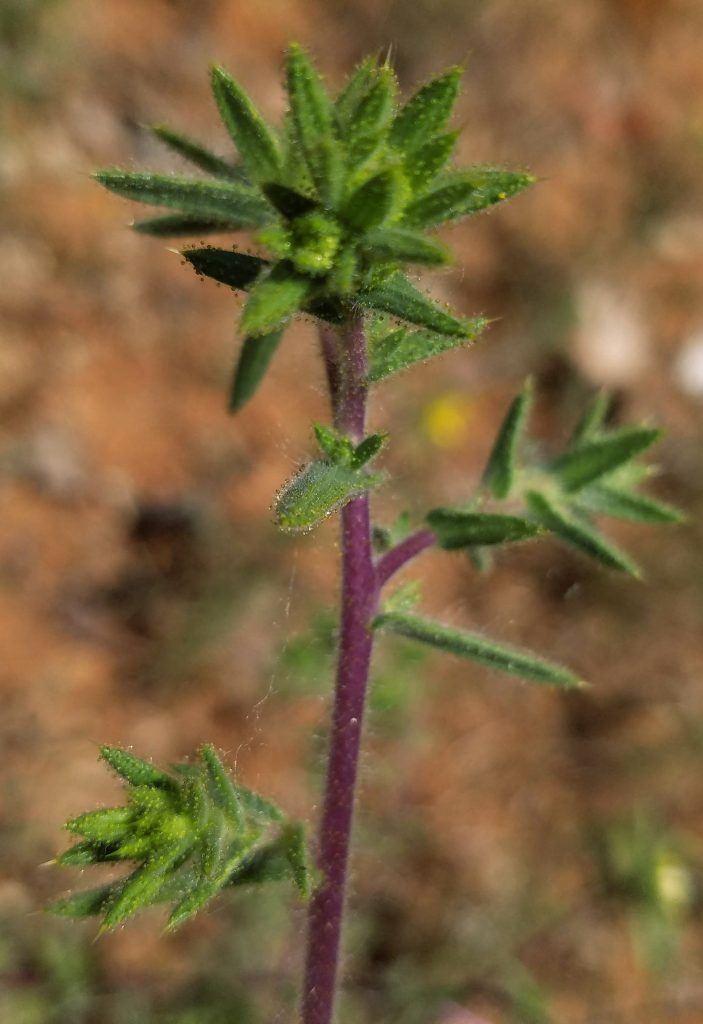 They are part healthy grassland ecosystems. They’re also commonly found in areas where the soil has been disturbed.

Spikeweeds are annuals and drought-tolerant in the extreme. Seeds don’t require water to germinate!

Stalks and leaves are covered with fine hair and oil glands. A strong aroma is produced by the oil. Some folks claim it smells like turpentine, this blogger thinks it smells like eucalyptus. Tarplant oil may contain mosquito repellant properties.

Like other plants that make sticky oils, tarweeds attract certain bugs. Once they become stuck, they become carrion for predator insects that have evolved along with the tarplant, able to move about unhampered. Some of the carrion is eaten by predators while others may become nutrient sources for the plant.

Seeds are edible, like sunflower seeds. They can be eaten raw, toasted, or ground into flour. Native Americans used them to make mush. Birds and other animals also enjoy this food source.

At knee height, tarplants are eaten by grazing animals when they’re freshly sprouted, but later in the season when spikes are fully developed at the end of stem leaves, most grazers avoid them. 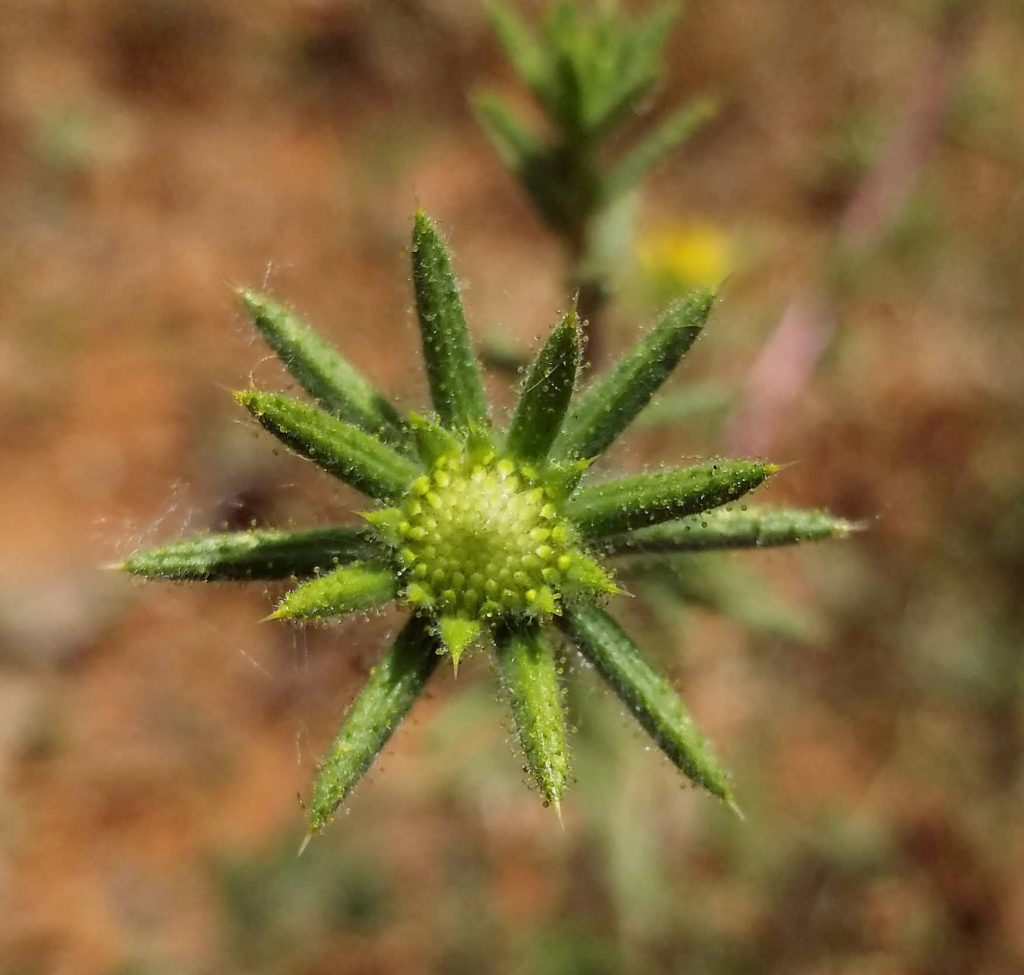 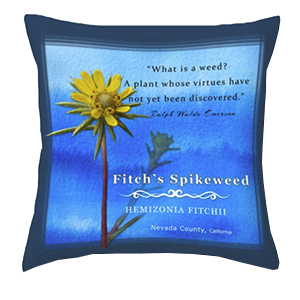 If you liked this post, you may also enjoy learning about another oily California native plant – Yerba Santa – Fire Follower & Phlegm Fighter