The Western Gray Squirrel is a tree (arboreal) rodent and is the largest of its kind in the Sierra Nevada Mountains weighing between one-half to two pounds. Tree squirrels like dense cover in which to travel across branches, build several kinds of nests, and seek safety. They live at nearly every elevation in Nevada County. Favorite trees are the black oak.

Like crows and ravens, tree squirrels are keen people watchers. If you live in their territory, chances are they know a lot more about you than you do about them. Active during the day, squirrels understand human activity patterns and they can recognize the people who feed them and the people who thwart them.

In spring they undergo a full body molt and in fall a neck to rump molt.

As with the North American Beaver, Porcupine, and other rodents, a squirrel’s teeth grow continuously. They must gnaw and chew to keep them from getting too long.

When a Wester Gray Squirrel finds a nut, it will roll it for approximately twenty seconds. Biologists think the animal is evaluating the quality of the nut -if it should be eaten immediately or cached away for winter. 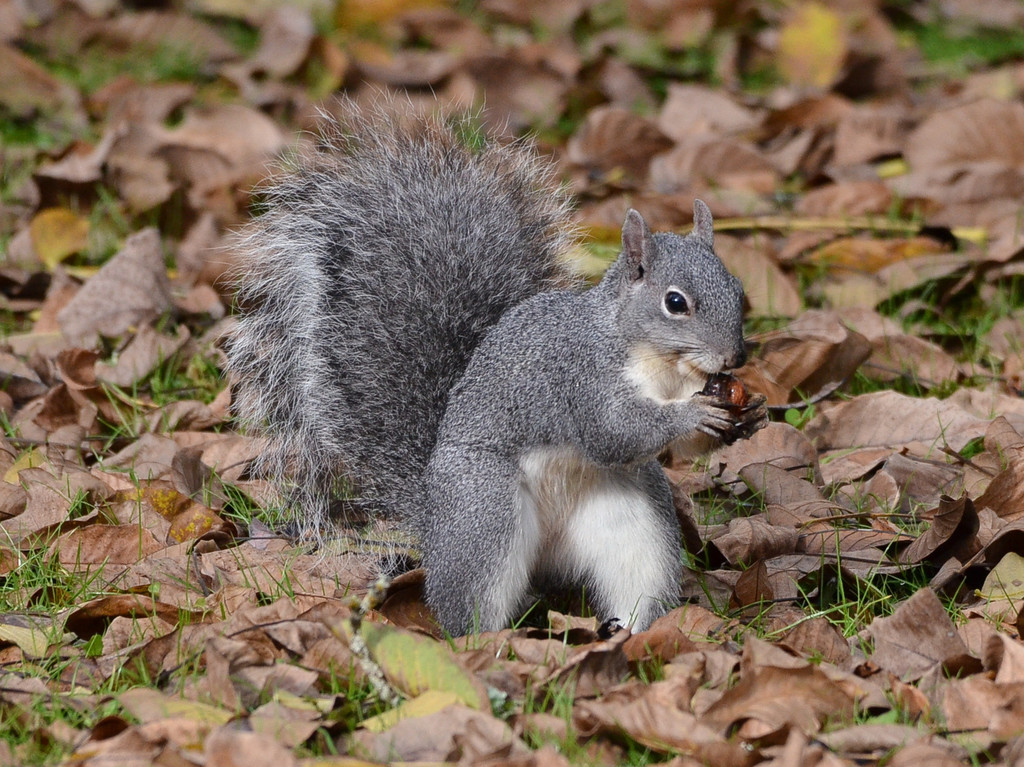 The cache fake-out happens when a squirrel pretends to bury a nut – with other squirrels watching – then moves to another place to actually burry it. Another impressive aspect of squirrel behavior is their ability to memorize the location of their caches.

If a squirrel holds its tail in an S shape, it’s feeling threatened. It waves it to look larger.

Another special skill is leaping up trees, all four paws raise at the same time, but it happens so quickly it’s difficult to see. When going down a tree, their back feet rotate so claws act as anchors.

When traveling long distances, a squirrel’s preferred travel mode is from branch to branch, high off the ground. When foraging for food, or hurrying between caches, they will scamper on the ground, but at the first sign of danger, back to tree safety they go!

‘Sleep rough’ is thought to be a method of temperature control. This is when a squirrel lays on its belly, spread out as much as possible. Often they’ll do this on branches but it’s also been observed on the ground, on the picnic tables, or anywhere that is squirrel appealing. 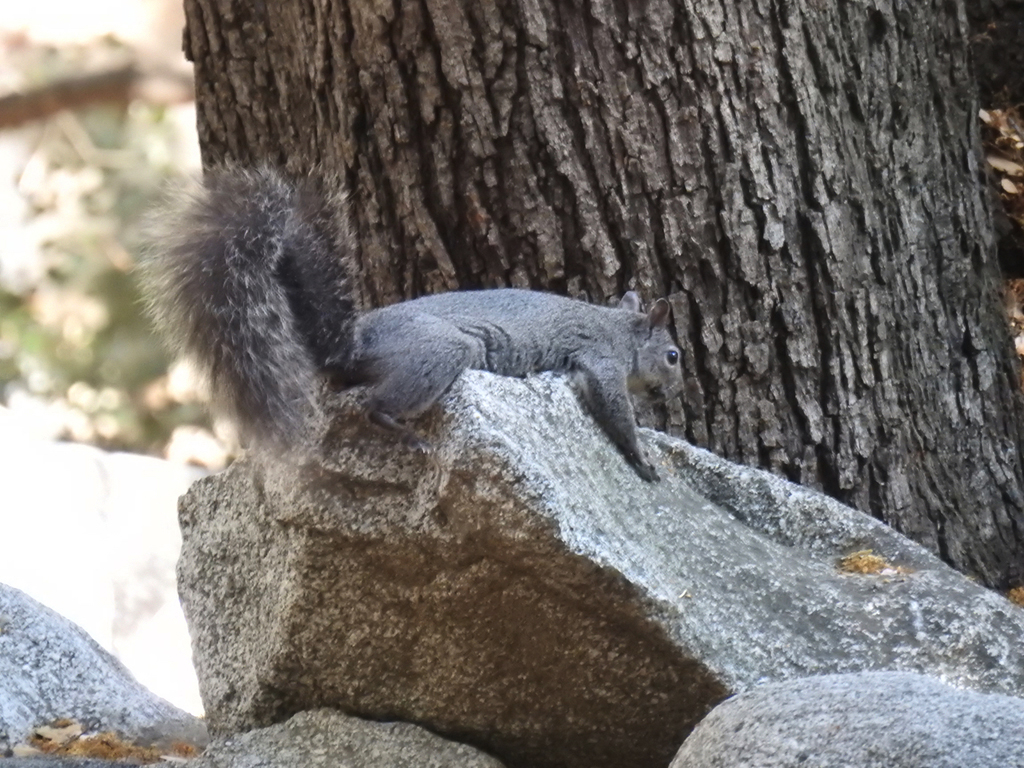 Sleeping rough is thought to be a behavior that helps regulate body temperature.

In the winter, squirrels don’t hibernate but they do slow down. This is when nut caches are consumed. 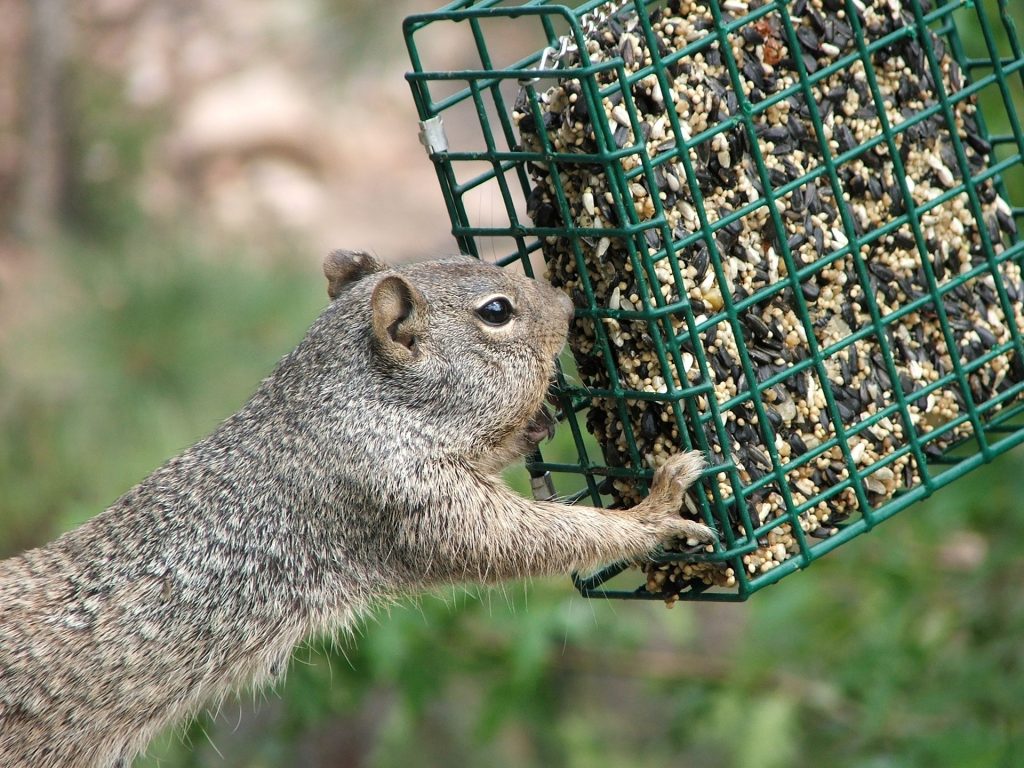 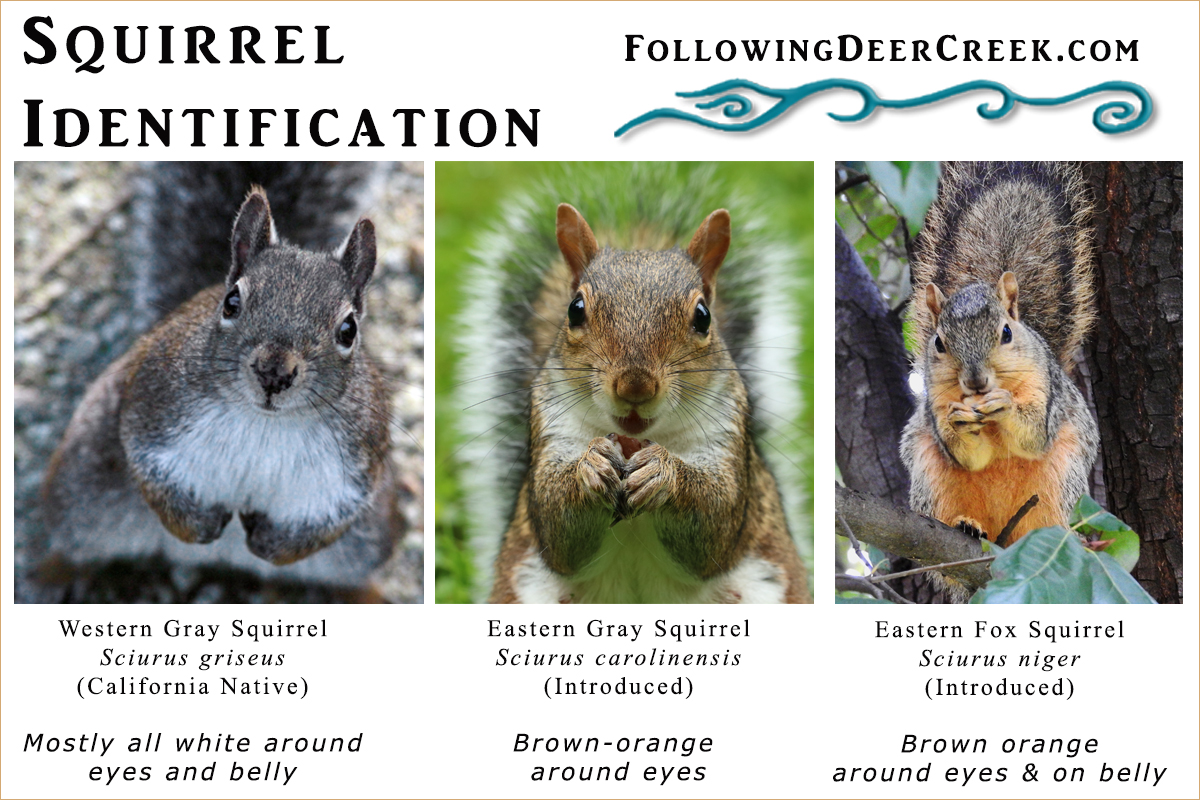 Breeding happens in late spring starting at about a year old. A female signals readiness with enlarged, pink vulva and a male with a scrotum that turns from pink to black. The act of mating is vigorous and taxing.

Nesting mothers use their own molted hair to line the nest (drey). She’ll also use shredded bark, moss, and lichens.

Gestation is about 43 days. Younger females will have smaller litters compared to more mature breeding females who average between 3 – 5 hairless kits. Babies nurse for about two months but stay in the nest for about six months total. Tails don’t fill out until babies are out of the nest.

The second type of nest build by Wester Gray Squirrels is a sleeping platform, it is not as enclosed as the birthing nest and is for temporary use. 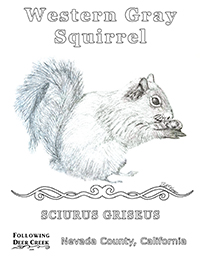 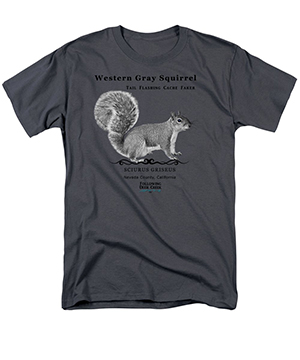 Phys.org – Squirrels have a long memory for problem solving