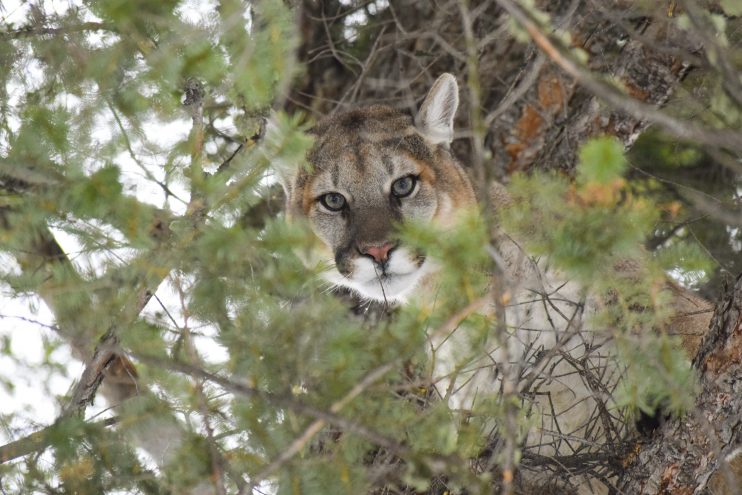 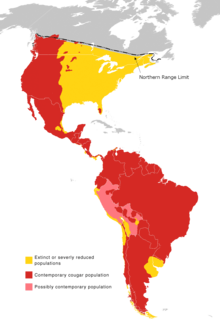 Since the late 1850’s, North America’s big cat has been known as the mountain lion. Early Spanish explorers called it ‘gato monte‘ which means cat of the mountain.

Because of its wide range, diverse habitats, and the span of human cultural locations, this animal is known by many other names including; cougar, panther, and catamount.

Closely related to the house cat, these big cats are adaptable to a large variety of ecosystems. In the Nevada County portion of the Sierra Nevadas, they like dense underbrush and rocky outcropping habitats. 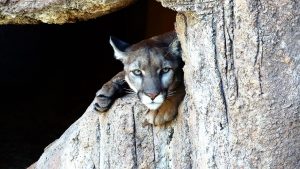 Highly territorial, males generally claim a 150 square mile area that may vary depending on terrain and prey availability. Females have smaller territories, about half the size, and they stay in the general proximity of their mothers.

“Wherever you see deer in the state, there’s also going to be cougars.”  – Chris Wilmers, Wildlife Ecologist, UC Santa Cruz

Mountain lions can jump as high as seven queen-sized beds, stacked length-wise, end-to-end. This makes getting into trees easy and is an ambush asset.

Vocalizations are Mostly for Family

Humans may never know about lion neighbors, partly because we don’t recognize their vocalizations.

With other animals, scent marking is the main mode of mountain lion communication.  Within family units, mothers and kittens make a variety of noncat-like sounds.

Mothers make sounds to call for and locate kittens and kittens make distress calls that are answered by their mothers.

Purring may be sibling competition for food.

Caterwauling is used by females mostly in heat.

Mountain lions are obligate carnivores, they must eat meat to survive. Generally, they need to make one large kill (deer) every two weeks.  However, females raising kittens may need to make more frequent kills – every three days.

For an adult, average daily meat consumption is up to 10 lbs.

In a Sonoma County study,

75% of mountain lion diet was deer, 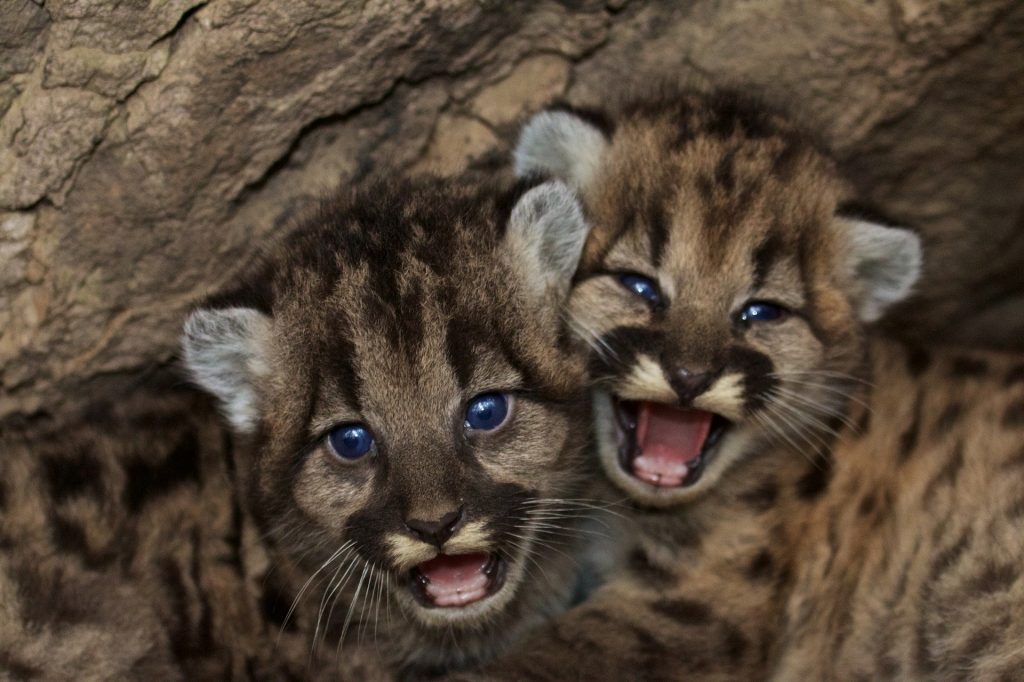 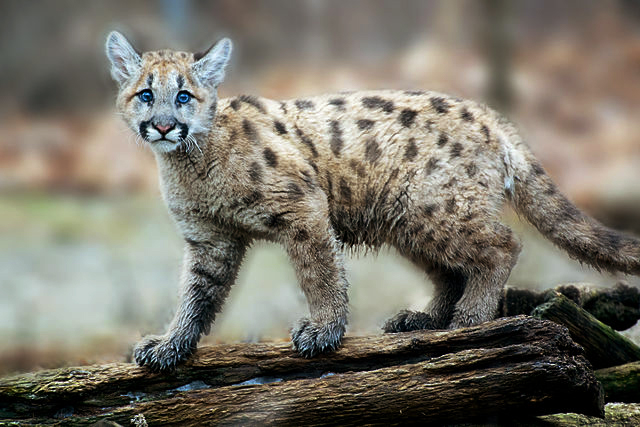 When kittens are nursed, the mother will bring meat to them. As they get older, she takes them to kill sites. Older still, they begin hunting small mammals on their own. 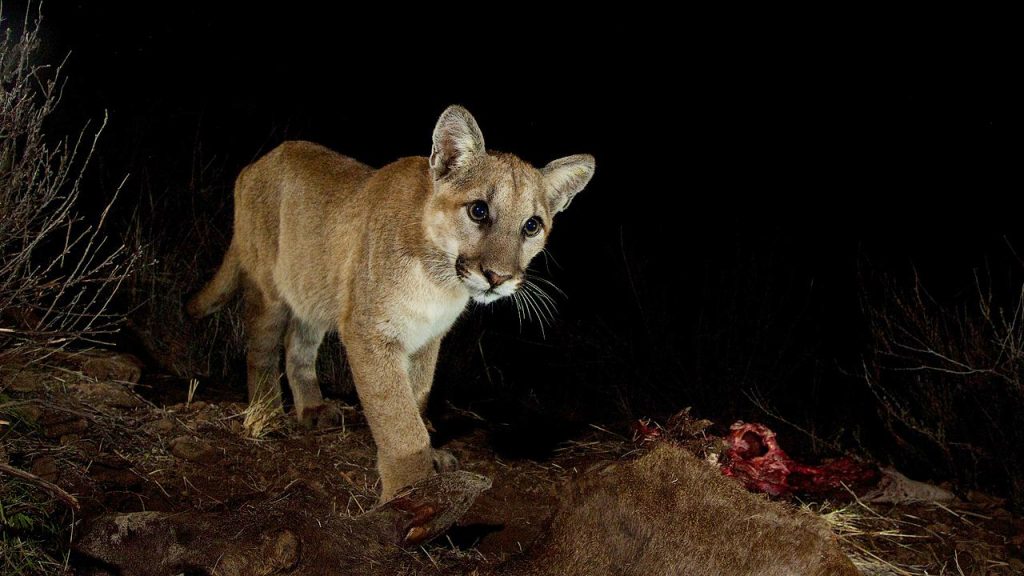 Southern California mountain lion studies reveal that male lions must have the ability to safely move between wide swaths of land to access and breed with diverse female populations. 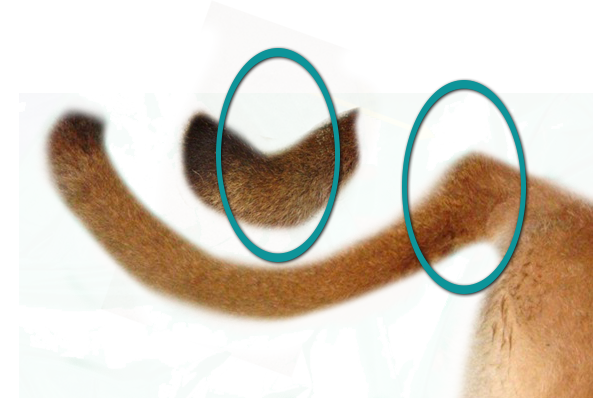 Experts believe if inbreeding continues, the Southern California mountain lions will go extinct within in the next 50 or 60 years. 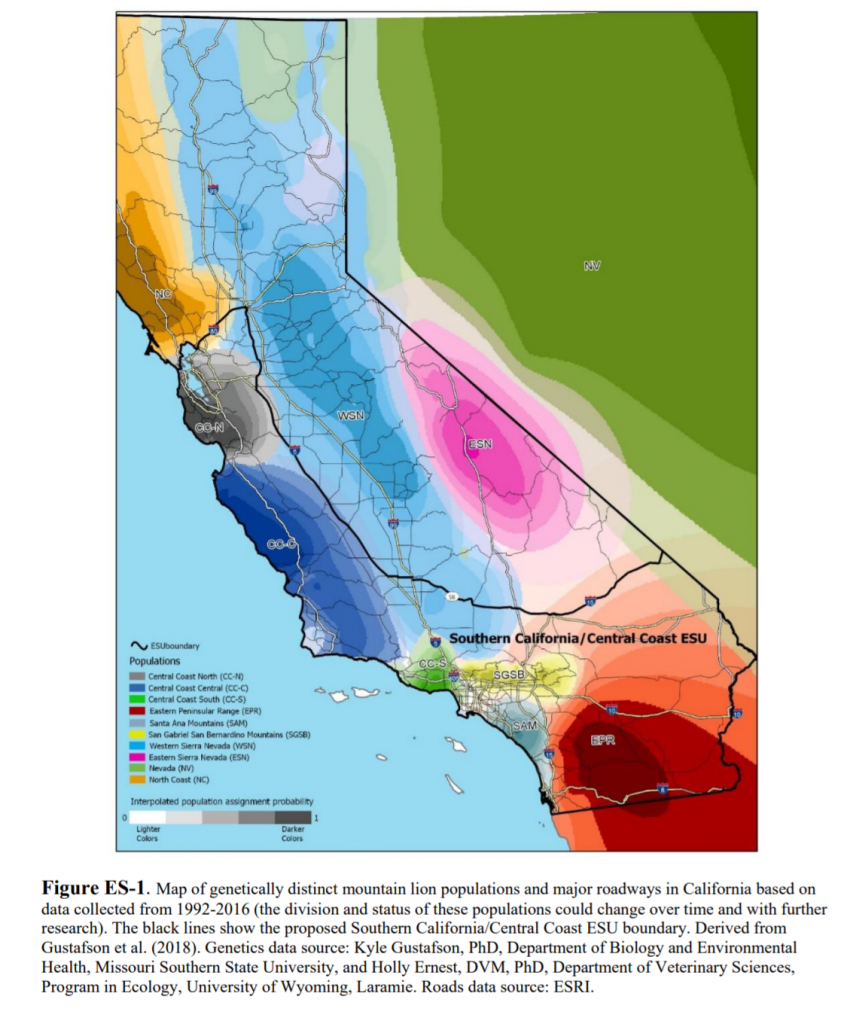 In the wild, the average mountain lion life span is between 8-13 years. In captivity, they’ve been known to live up to 21 years. 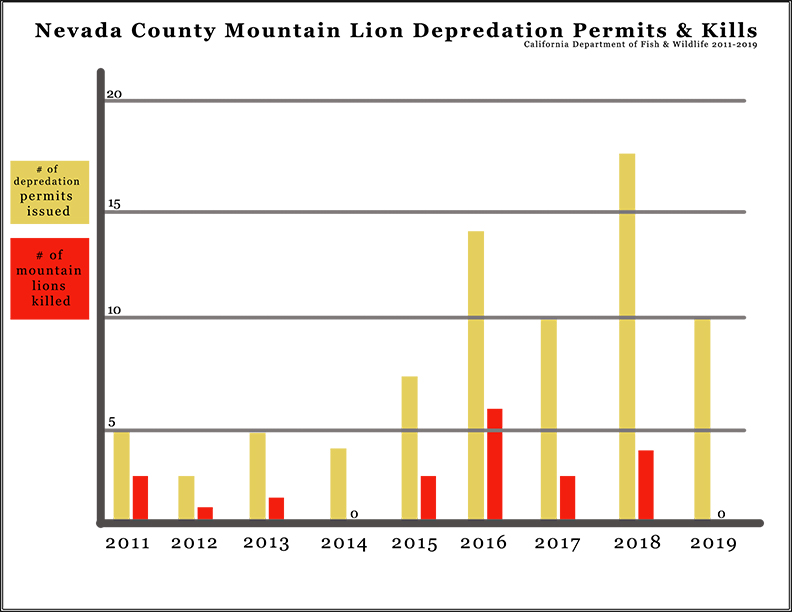 What Humans Can Do to Successfully Live in Lion Territory

Since we live in mountain lion territory, we should always assume we have an invisible mountain lion in our backyard and behave accordingly.

Attacks on Humans are Rare

Attacks on humans are very rare! The natural behavior for a mountain lion is to run away.

If a lion doesn’t run immediately;

If it comes to a physical encounter, attempt to; 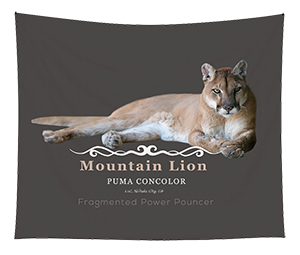 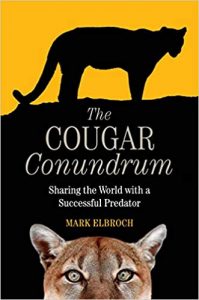 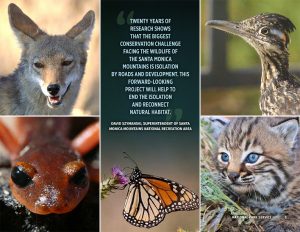