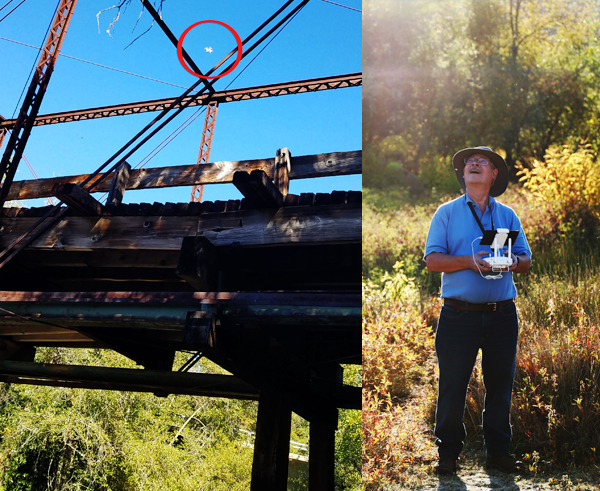 In the fall of 2019, Titus Davis of Lodestone Drone Productions, joined me to help tell more of the Deer Creek Watershed story. With his drone and special flying license, we met at several locations to film. Titus is a longtime Nevada County resident. Taking him hiking through the Black Swan Preserve was a pleasure because he enjoyed the new scenery and was thinking about other people he could share it with.  The old Cotton Brothers bridge near Bitney Springs Road was another first. 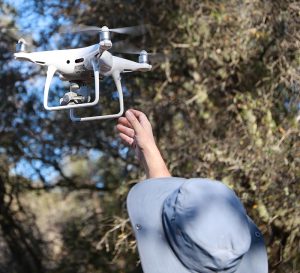 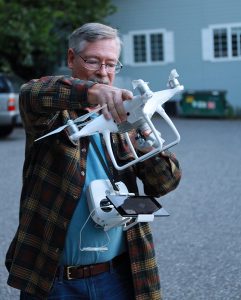 As we went through the filming and set-up process and sorted out how to transfer data, he explained some of the intricacies of drone operation. He generously shares these below.

[While filming the Cotton Brothers Bridge, the drone had a little difficulty staying on course. This was caused by…]

Ferromagnetism is a phenomenon that occurs in some metals, most notably iron, cobalt, and nickel, that over time causes the metal to become magnetic. This is a natural process that can be caused by electrolysis, which is part of the corrosion process. Ferromagnetism can also be increased by the earth’s magnetic field, vehicles passing over, vibration, etc.

Most drones used for photography have a sensitive compass to help orientate the drone, allowing it to fly in a straight line. The drone I use has two compasses to ensure it has an accurate reading on the earths magnetic field. If the iron bridge has a magnetic field that is different than the earths field, the compass will be affected. This effect can be seen when the drone has difficulty flying in a straight line near the bridge. 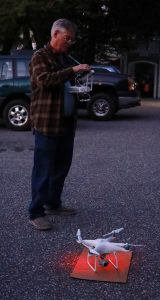 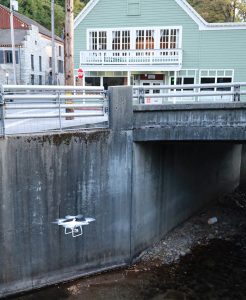 Flying under the Boulder Street Bridge.

When we met at Lefty’s Grill (on a day the restaurant was closed) to film dusk over the creek and Nevada City, Titus had already communicated with Lefty’s management asking if it was OK to film there and notified the Nevada City Police Department. (If they received calls from concerned citizens, they’d already know what was going on.)

When we were at the turtle ponds on the Black Swan Preserve, he was watching for hunting birds after explaining that birds of prey sometimes attack drones. (Drone color may affect bird attraction.) 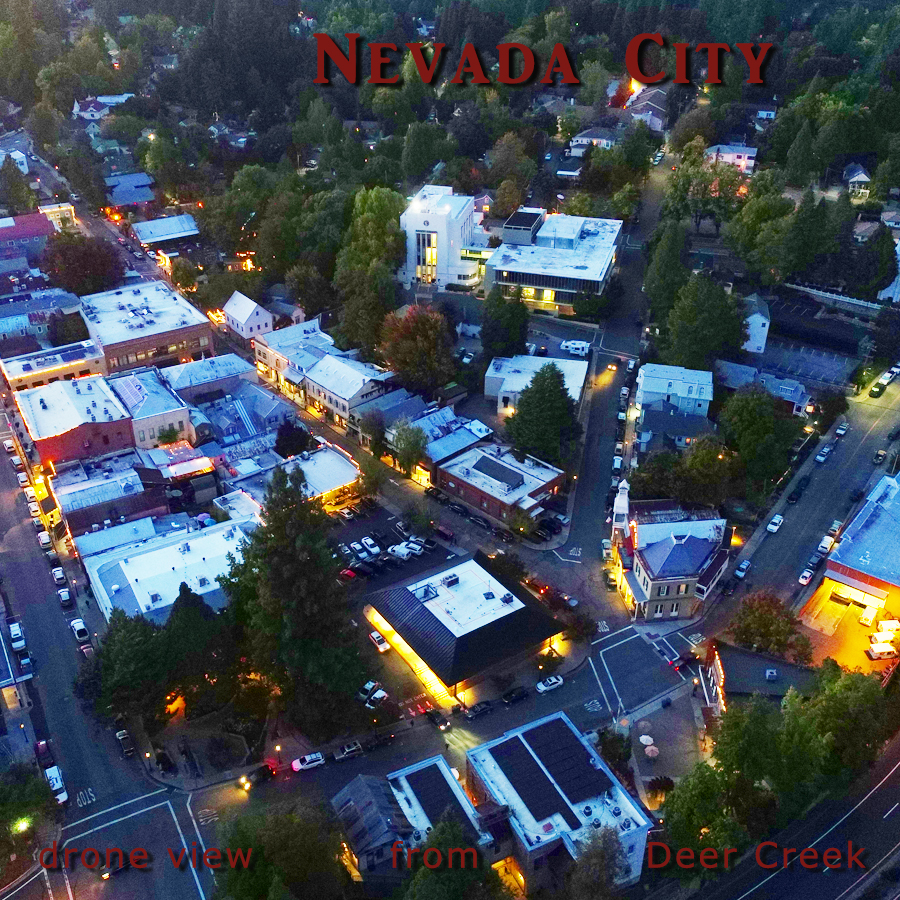 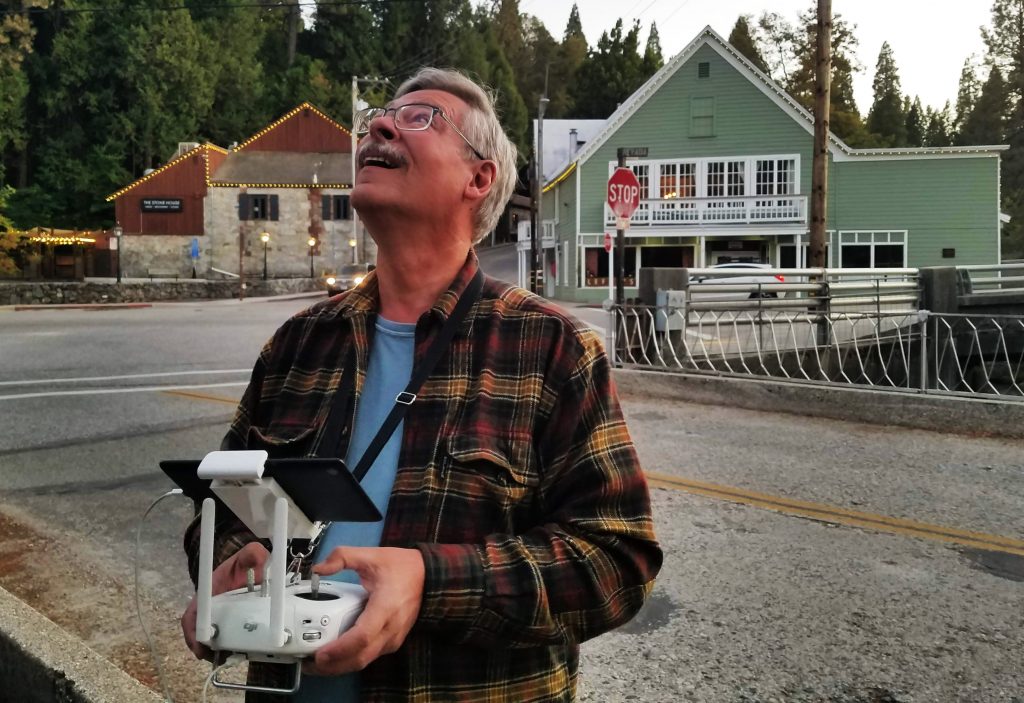 Lisa is currently producing a flyover film she plans to submit to the 2021 SYRCL Wild and Scenic Film Festival. It’s taken a year to collect the footage for the project; Davis’s drone footage will highlight key features along Deer Creek. 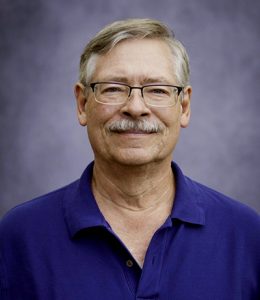 *Fortunately, we had no attack bird skirmishes, but after we were done, I had to research what a confrontation would have looked like. See the video below.