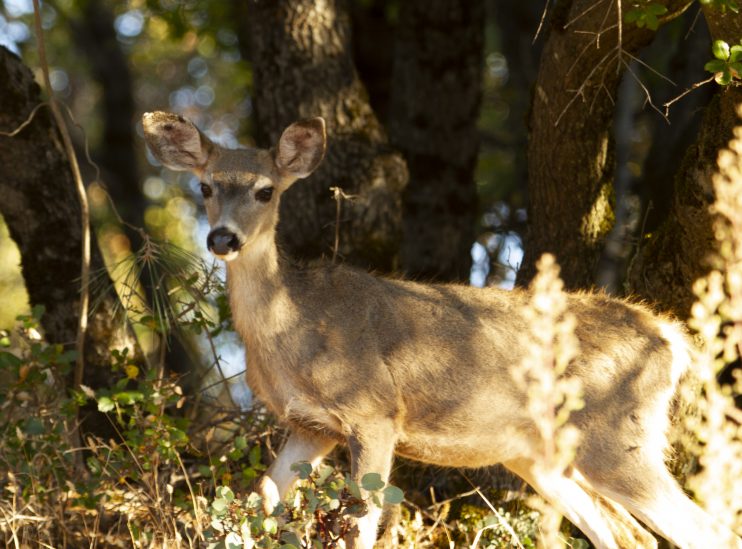 The word ‘deer’ is an irregular noun. It is used for both single and multiple animals. Deer are also crepuscular, active during twilight hours. 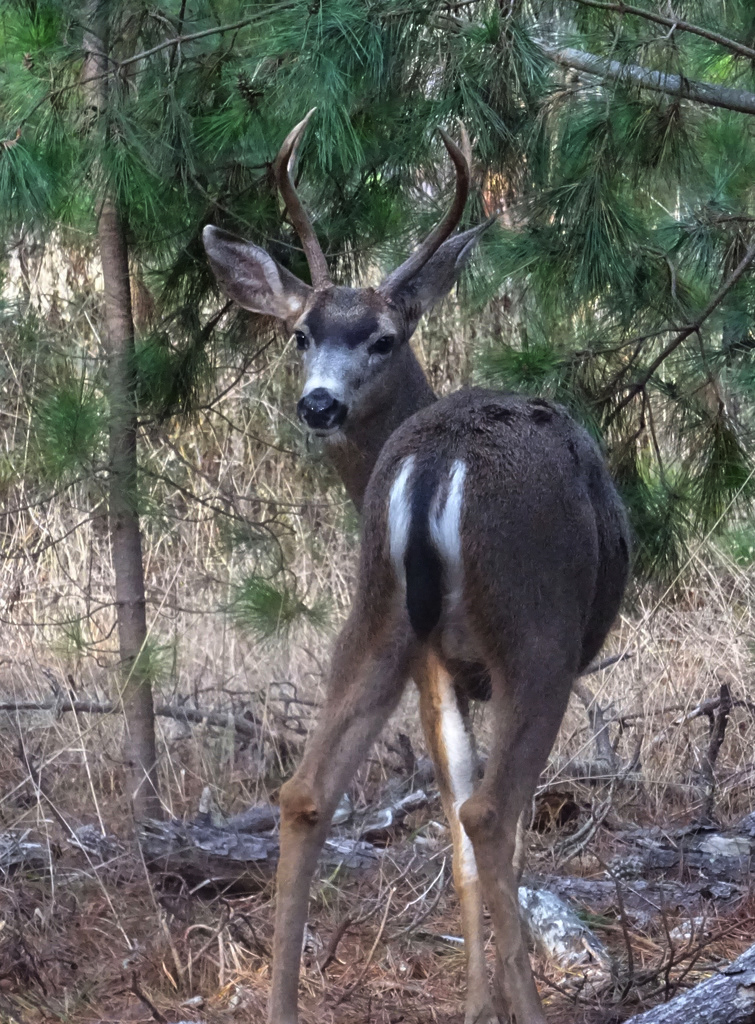 Of the six subspecies of mule deer living in California, Nevada County is home to two; the California mule deer (west side of Sierra Nevadas to the southern coast) and the Columbia black-tailed deer (Northern California through the Pacific Northwest). Since black-tailed deer are the species roaming through my yard, they are the main subject of this article.

In 1846, an Oregon Trail traveler noted black-tailed deer as far west as Wyoming. Today their range is smaller. It includes northern California, Oregon, Washington, some parts of coastal and interior BC as well as the Alaskan panhandle.

With the 1934 Taylor Grazing Act, the organization that eventually became known as the Bureau of Land Management was tasked with managing public forage lands for cattle and wildlife. It became one of the numerous organizations cooperating across state and county lines to track and manage these wild animals. ( US Forest Service, California Department of Fish and Wildlife and U.S. Department of Agriculture.) 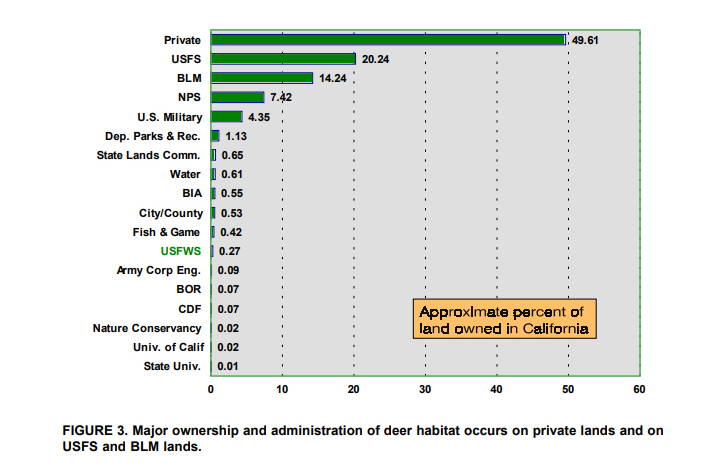 Except for breeding season (November – December), does and bucks live in separate groups.

Female groups of related individuals are led by a dominant (alpha) animal, usually the eldest mother. She chooses foraging and birthing grounds. The alpha female is usually the first to mate during mating season and she generally chooses to stay close to her mother’s territory, leaving it only if forced. 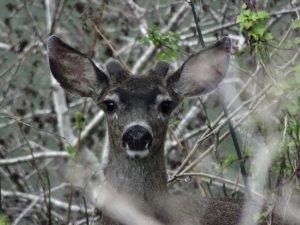 Males leave their mothers between a year-and-a-half and eighteen months old to seek bachelor groups.

New antlers (bone protrusions) are grown each spring and shed every winter. 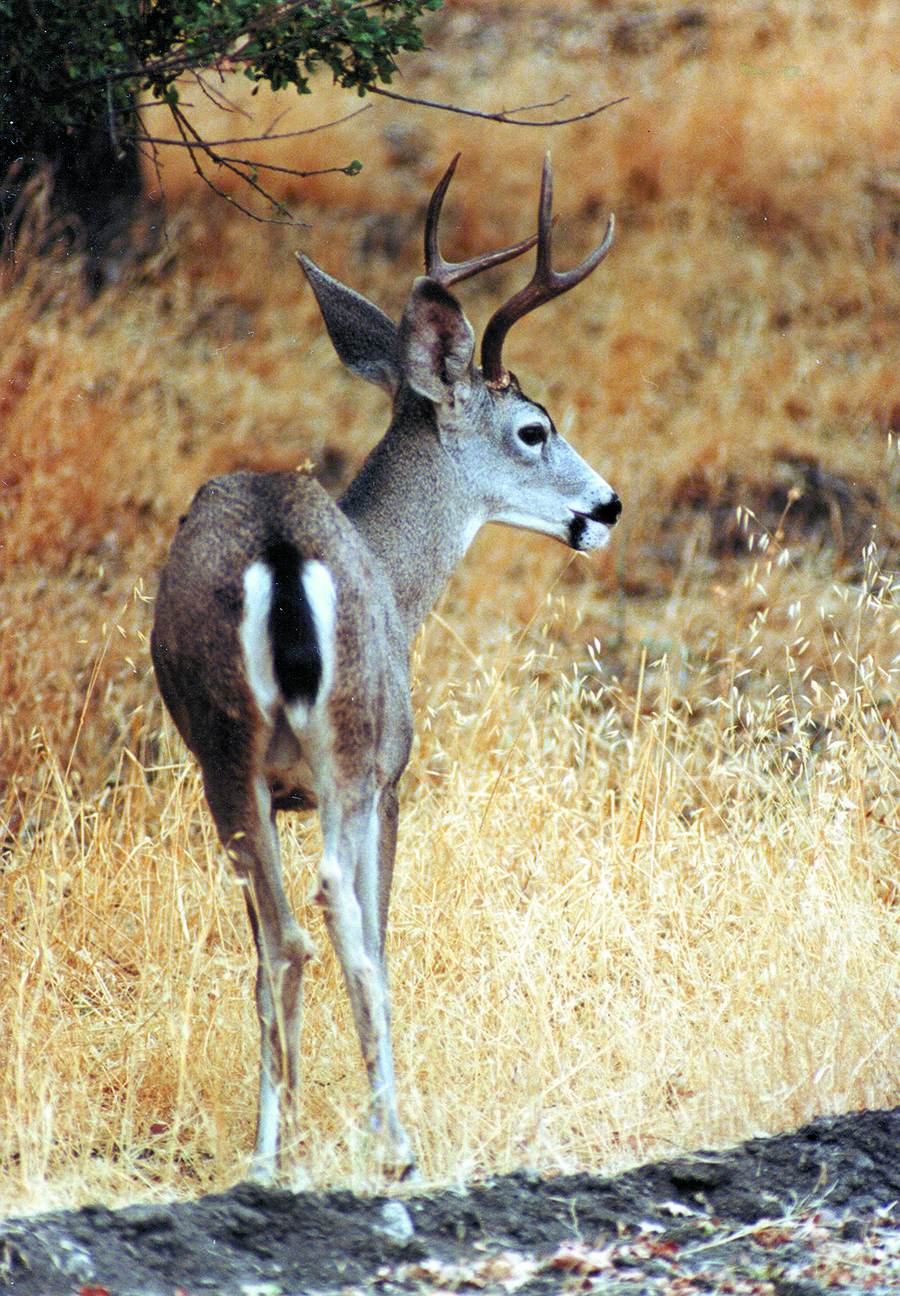 Antlers are grown out with a ‘velvet’ covering, a living structure with blood vessels. Once it dries and antlers harden, bucks rub them against trees to remove the velvet. A buck’s age is reflected in the number of forks. Antlers are used for sparring and determining social position as well as for mate competition.

Communication methods include vocalizations, scent, and pheromones. Glands between the toes, and near the knees (hock) create trail marking and individual recognition signals while glands outside the lower legs produce alarm scents.

In California, at higher elevations, some herds of black-tailed deer migrate. Locations of forage food and snow levels determine their movements.

The black-tailed deer life span is approximately 7 years (in the wild), reaching sexual maturity between 1-2 years. 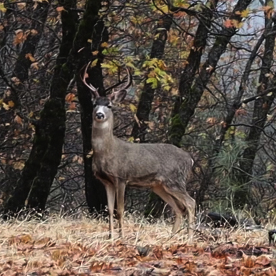 Female gestation lasts between six to seven months, with fawns born May – June.

For the first week after birth, fawns have no scent. This allows the mother to leave her babies to replenish her body weight and produce adequate amounts of milk for her young. 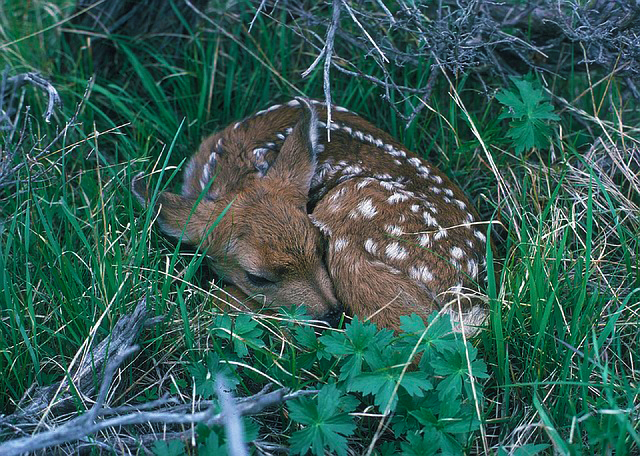 Like cattle, sheep, giraffe, goats, and antelope, deer are cud-chewing grazers. With teeth and mouthparts specialized for breaking down cellulose as well as a digestive compartment housing bacteria necessary to turn plant material into protein, volatile fatty acids as well as vitamins B and K, deer spend the early morning and dusk hours grazing and afternoon and evening hours, bedded down, regurgitating, and giving food a second chew. 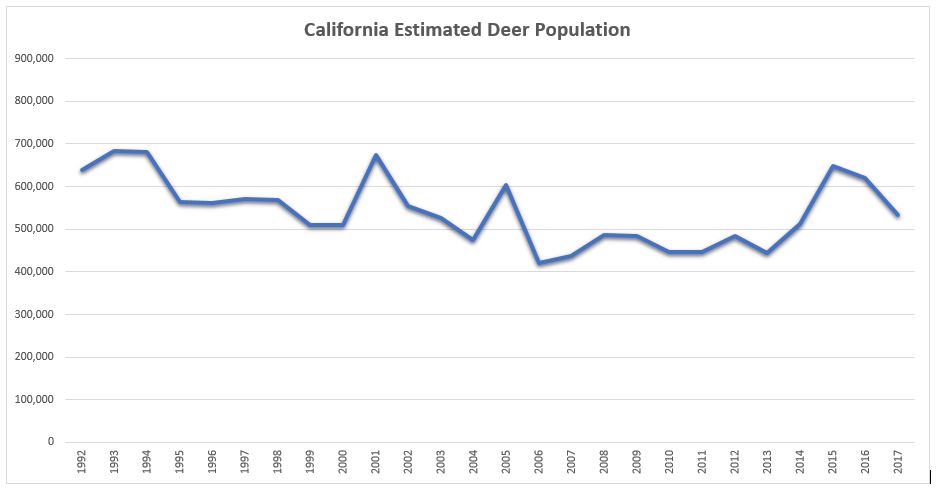 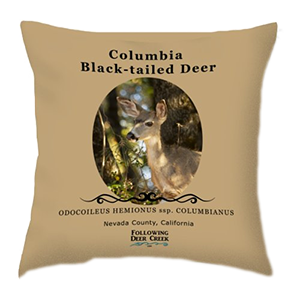 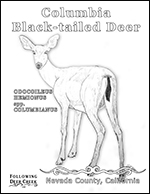