Though Timbuctoo and Smartsville are in Yuba County, we are including them in our creek history because water from the Yuba River and Deer Creek watersheds flowed through them causing one of the first land use limit laws to be written in the country. 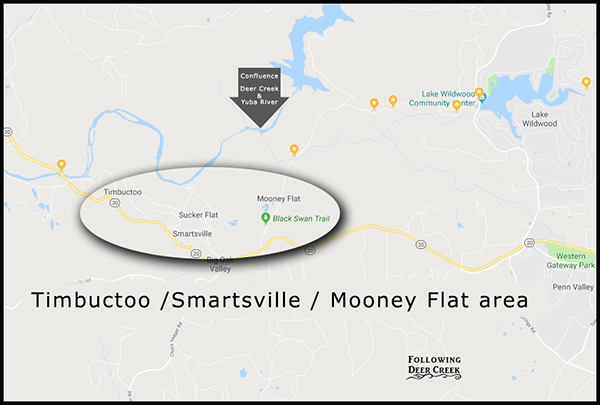 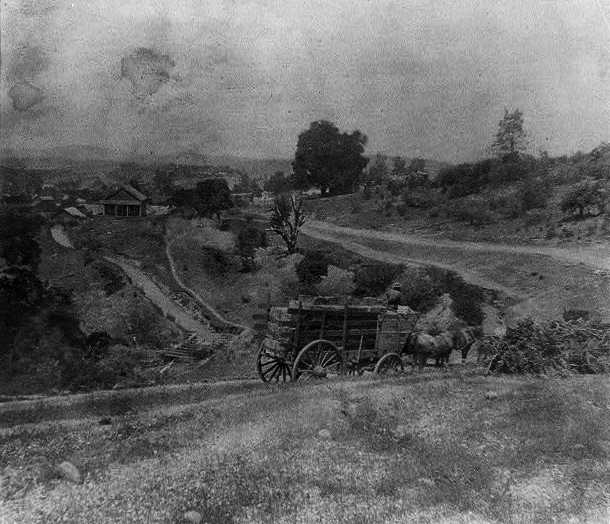 In the 1850s, Timbuctoo and Smartsville were centers of activity.  The population was between 1,000 to 4,000, many of them were Irish immigrants.  With the invention of hydraulic mining, it became one of the wealthiest regions in California. Estimates say that millions of dollars of gold dust were moved through local business and the Wells Fargo headquarters in Smartsville.

Gold attracted more than miners.  Famous robbers such as ‘the Timbuctoo Terror,’ Jim Webster and Black Bart prowled the roads. 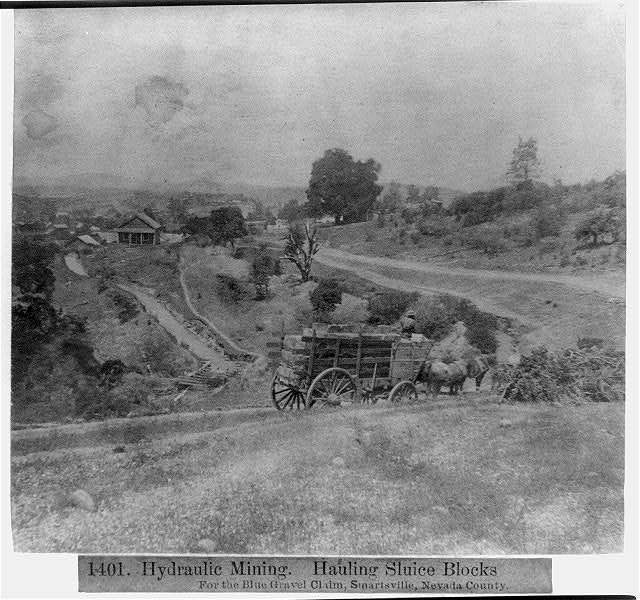 Between 1850 and 1878, the Excelsior Company sent approximately eight million cubic yards of debris and plant matter into the Yuba River at Smartsville.

The town of North Bloomfield is located near Malakoff Diggings.

Silt and debris washed out of the steep mountains and settled, changing the course of waterways and making channels shallow. 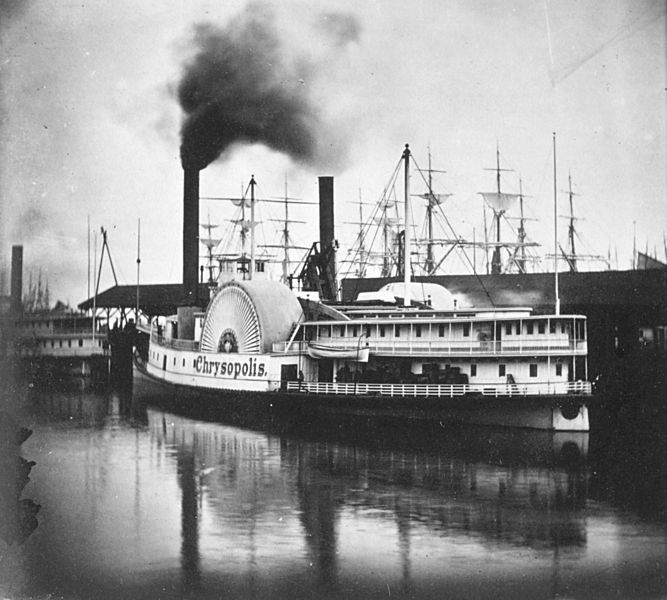 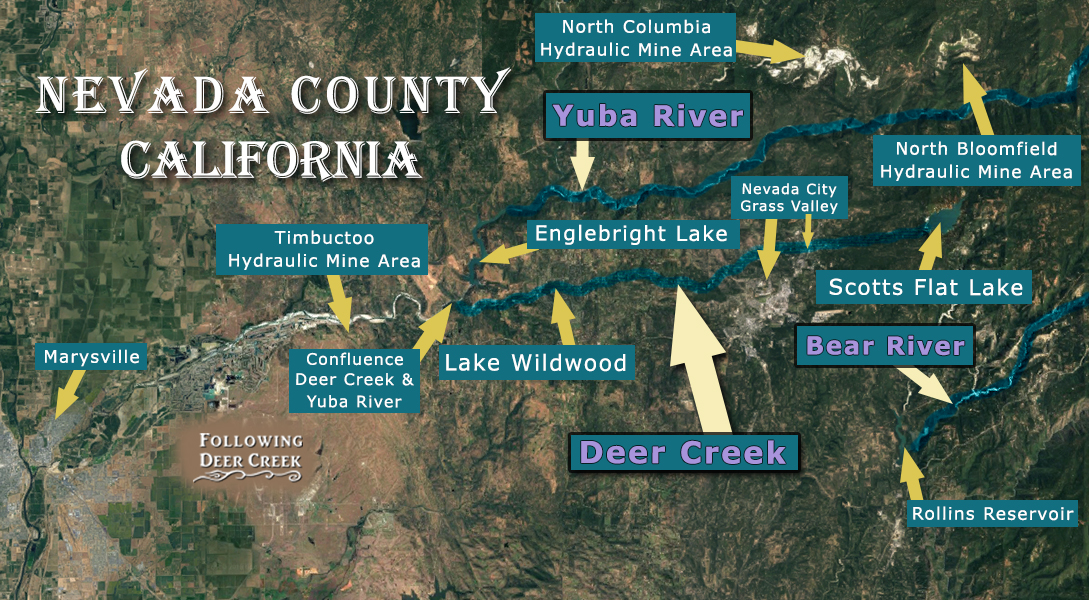 A lawsuit against the North Bloomfield Gravel and Mining Company and others was filed. In 1884, the United States District Court in San Francisco ruled in favor of the farmers, putting an end to hydraulic mining.

Commentary from Yuba Trails and Tales blog by Hank Meals

“In the late 1870’s, the annual value of the dry-farmed wheat crop alone had reached $40,000,000, more than double that of the dwindling gold output.  According to geographer David Larsen, “The trend was clear and irreversible the pivot of prosperity had shifted permanently toward the fields.”

“Obviously, by outlawing the dumping of tailings there was improved water quality and fish habitat and there would be less toxins inadvertently released but this particular environmental remediation was incidental to the intent of the law.  Except in a very general way there were no environmental considerations addressed in the 24 volumes of testimony that were collected for Woodruff vs. North Bloomfield Mining and Gravel Company. This law was not created out of respect for Gaia, or any consideration whatsoever for stream ecology.  Simply put, the issue was business interests in the Sacramento Valley (agriculture) were losing income to the wasteful procedures of a powerful upslope industry (hydraulic mining).  Specifically agricultural lands were being covered with choking mud, towns were periodically flooded and steamboat operations were hampered by the decreased navigability of the rivers.  I can’t see how the Sawyer Decision exhibits environmental activism but it does represent the beginning of regulations in the public interest.  The Sawyer Decision effectively limits the ideology of laissez-faire, which legitimized the single-minded pursuit of wealth at all costs.  This alone is a very big step in the direction of conservation and sustainability.” – Hydraulic Mining in the Yuba and Bear River Basins – Yuba Trails and Tales, Hank Meals