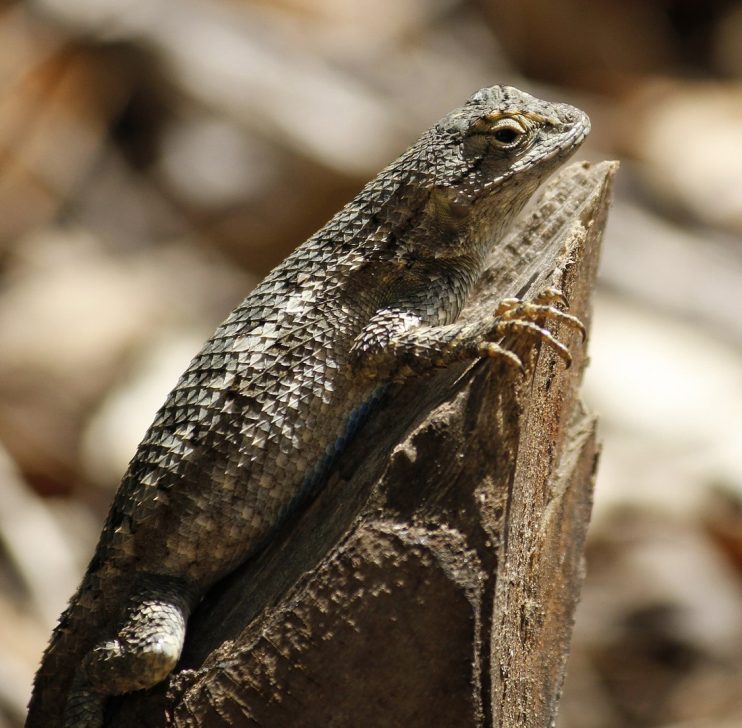 The western fence lizard is also known as a blue-belly because of the brightly colored scales under its throat and at the outer edges of the underbelly. It is a fossorial (burrowing) poikilotherm (an animal that regulates body temperature by sun basking or dirt burrowing). 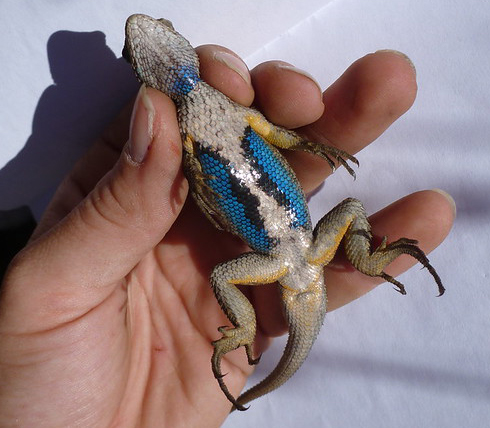 In females and youngsters, the blue markings are faint or not there at all.

This lizard measures 2 inches to 3.5 from nose to snout. Eight inches total, including the tail.

Because of its pointed, overlapping scales, it’s a member of the spiny lizard genus –  Sceloporus.

Colors range from sandy, black, brown to green. Some may have back stripes. Under the arms may be yellowish. Western fence lizards have the ability to change colors. Biologists think this adaptation relates to maintaining body temperature rather than for camouflage.

The third or parietal eye is located at the top of the lizard’s head. It’s covered by a translucent scale. Its purpose is to sense light throughout the year, signal the onset of reproduction and it helps control body temperature.

The length of winter hibernation is dependent on climate conditions. 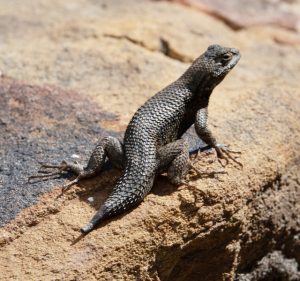 Functions of the Push-ups; 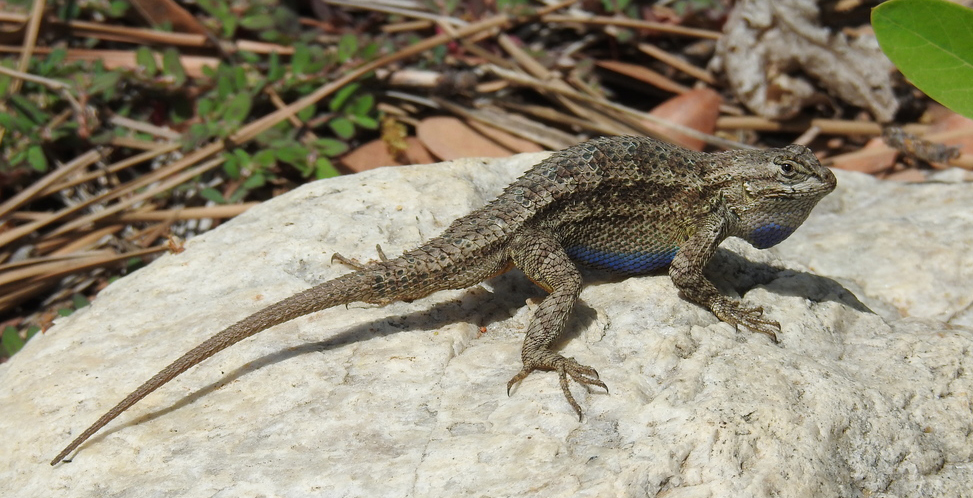 As they grow, lizards shed skin in pieces. Sometimes, it becomes a snack. Successful shedding depends on diet, health status, and environmental conditions. 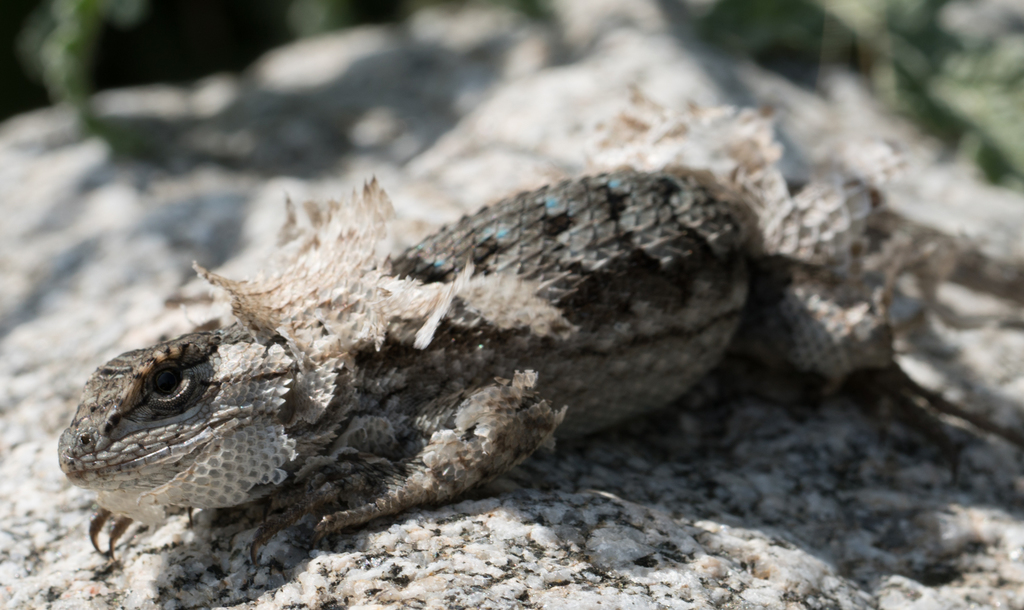 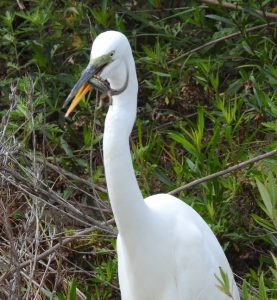 Like birds, male western lizards are more brightly colored and showy than females. Where the tail meets the body, males have two large scales near the vent, a single opening used for waste elimination and reproduction.

While copulating, the male’s blue color is at its most brilliant. 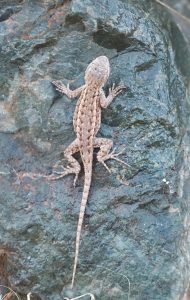 Eggs incubate for approximately 2 months. Once hatched, babies fend for themselves.

Western fence lizards have a protein in their blood that filters out the spirochete bacterium in Deer Ticks that cause Lyme disease. After a tick feeds on a lizard it will not spread Lyme disease to its next, larger, host during its life cycle. 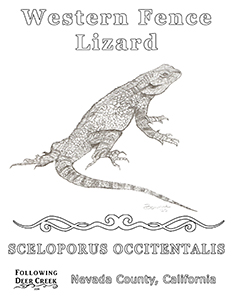 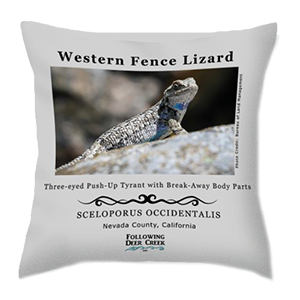 Bay Nature – How You Can Tell Male from Female Lizards?

In Tech Open – Reptilian Skin and Its Special Histological Structures

MonkeySee – How to Care for Pet Lizards (video)

Sci Show – How Do Animals Re-Grow Limbs (And Why Can’t We?)

University of California Agriculture & Natural Resources – Pests in Gardens and Landscapes – Lizards
“Lizards cause no measurable damage to plants in gardens and may be beneficial by eating pest insects and should be left alone.”

WIRED – Lizards Use Third Eye to Steer by the Sun