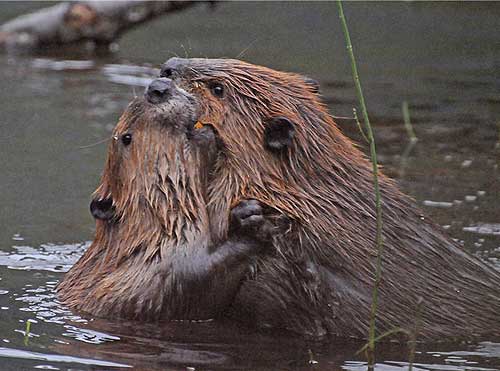 In 1805, Lewis and Clark saw beaver dams “extending as far up those streams as [we] could discover them.” Even before the famous explorers, French trappers and traders were drawn to the land teeming with beaver. 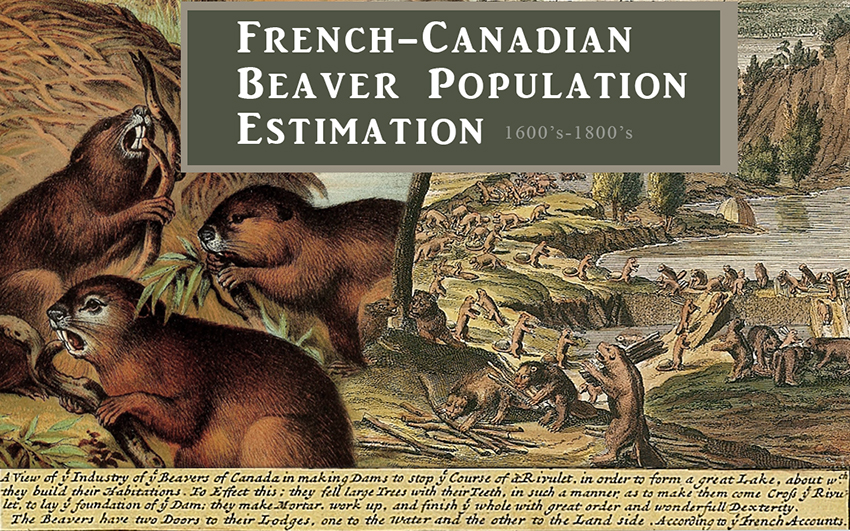 The beaver is North America’s largest rodent. Its pelt is waterproof and has a double layer of insulation making it highly desirable for human use. At the height of pelt demand, some estimates claim that between 60-400 million animals were taken. 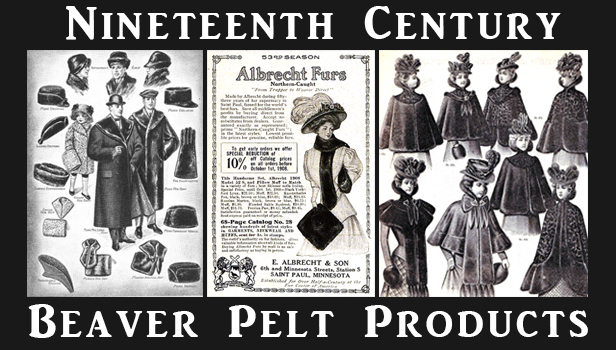 Fortunately, we have beavers living along Deer Creek!

Discord Between Beavers and People

In 2017, the USDA Animal and Plant Health Inspection Service killed 81 beavers in California.

Pairs may mate for life but are not always monogamous. Kits are born between April and June, remaining with their parents for two years. A beaver colony usually consists of a breeding pair and several generations of their kits.

A full grown beaver can grow up to 60 pounds. (Fossil records show that they once reached 300 lbs!) Their lifespan in the wild is between 5 – 10 years.

Spending most of their time in the water, beavers have few predators. When on land, they are most vulnerable. Predators include; man, wolves, coyote, mountain lion, bears, bobcats, and dogs. 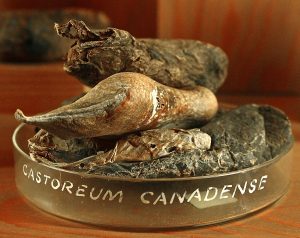 Aside from fur, trappers learned of another beaver special quality; castor glands, located near the anus, smell vanilla sweet. Castoreum is secreted with urine to mark territory. One can’t help imagining the very first gland discovery. A mountain man noticed it while taking the animal apart. To verify, he needed a close-and-personal secondary sensory test. Enthusiastic conversations between trappers spread the news and began a new industry.

Castoreum, a thick, syrup-like ooze was used in the perfume industry, starting in the 1800’s, to enhance other scents and increase their longevity.

“The United States, the Food and Drug Administration lists castoreum extract as a generally recognized safe (GRAS) food additive. … While it is mainly used in foods and beverages as part of a substitute vanilla flavor, it is less commonly used as a part of a raspberry or strawberry flavoring.” Wikipedia

Despite Castoreum’s listing with the FDA, it was never a substance in wide use. Anesthetizing and milking beavers was time-consuming and costly.

[Castoreum should not be confused with Castor, as in Castor Oil, which is a plant.]

The National Geographic Society describes a keystone species as an organism that helps define an entire ecosystem. Without its keystone species, the ecosystem would be dramatically different or cease to exist altogether. 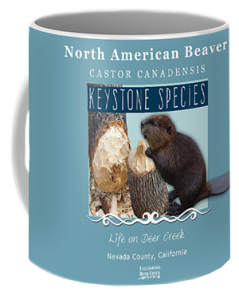 Beavers: 8 things to know about nature’s most impressive landscape engineers 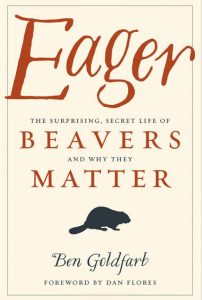 USDA – How to Keep Beavers from Plugging Culverts [PDF]

Wikipedia – Beaver in the Sierra Nevada