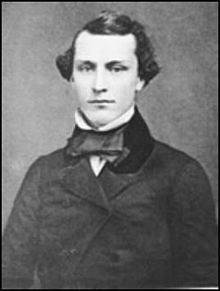 Before the Gold Rush:
The Nisenan people called the Nevada City area Oustomah. At one time, it was home to approximately 2,000 Indians. It was part of a network of villages along Deer Creek.

August 1849:
According to, California Place Name, Deer Creek was named by Isaac Wistar and Mr. Hunt after leaving a freshly-killed deer. Hostile Indians scared them away.

“Next day we reached camp before dark, and described to eager listeners our creek – then and there christened Deer Creek – with the promising appearance of its vicinity.”
– Isaac Wistar

October 1849:
“Dr. A. B. Caldwell built a log store on Nevada Street, back of Main Street ravine … the place was known as ‘Caldwell’s Upper Store.’”

A. A. Sargent 1827-1887 Journalist, lawyer, politician, and diplomat. A proponent of Chinese Exclusion Act and introduced wording that became the 19th Constitutional Amendment giving women the right to vote.

“At noon the judges of election adjourned to dinner at Womack & Kenzie’s cloth hotel at the present corner of Commercial and Main Streets, and champagne being freely circulated, it was proposed that the names by which these diggings had hertofore been known, viz: ‘Caldwell’s Upper Store,’ and ‘Deer Creek Dry Diggings,’ be dropped, and a new and more euphoneous name adopted. It was finally agreed that each person present should write on a slip of paper the name he would suggest, and the collected names be referred to a committee of the whole for selection of the best. A great many names were written, and among others ‘Nevada,’ by O.P. Blackman, which was immediately, on being read, adopted by the meeting. Thus Nevada was named.” – 1856 Nevada, Grass Valley and Rough and Ready Citizens Directory (pages 20-21), A. A. Sargent

Nevada is Spanish for Snow Covered 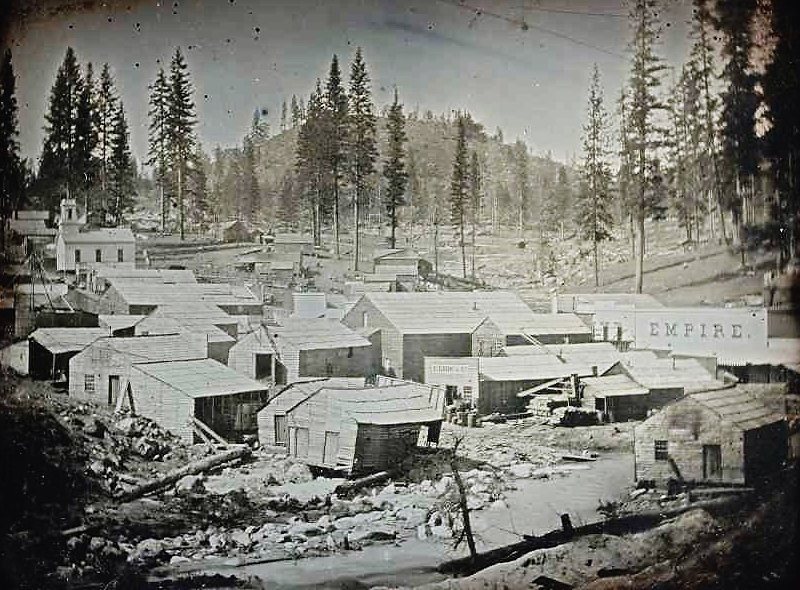 April 1856:
The town was incorporated as the City of Nevada.

If you liked this post, you may also enjoy, History of Us Book Review, Contemporary Nisenan Culture, Historic Trauma & Healing the Past.

“Part of our gold mining legacy is the richness, imagination and humor found in place names. They can tell us a lot about a place and/or its namers.  Compare these robust, descriptive and often sensitive names to what real estate developers offer.  “Alta Sierra” is not in the high mountains and “Lake Wildwood” is neither wild or especially wooded and the “lake” is a dammed reservoir.  “Cascade Shores” sounds like a beach town.  Unlike the early namers who arrived at the place then named it, the investor-namers view the landscape abstractly from a conference table while seeking safe and soulless names.”
– Guilty Pleasures: Yuba Place Names, Hank Meals – Yuba Tales and Trails Blog

“At first the surface placers were rich and the camps along Deer Creek grew rapidly. … A population census in the spring of 1850 showed 1,067 inhabitants. By fall there were 6,000.”
– Article by Don Baumgart

Videos:
Shelly Covert of the Nevada City Rancheria [6:06] talks about the Yuba River before the white man’s arrival and sings a Nisenan song of spring.