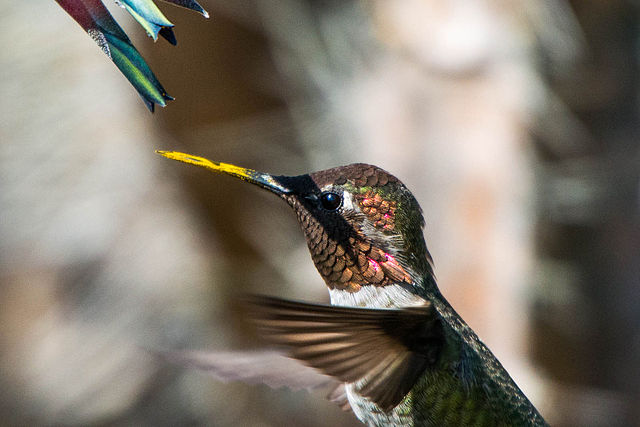 The hummingbird is one of the world’s smallest, oldest, and most adapted living bird species. Part of the Trochilidae family, hummingbirds are in the Apodiforme subfamily, which means ‘unfooted’. Because their wings move them around so well, they don’t need feet for much more than perching.

Between North and South America, over 800 plant species have evolved to rely on hummingbirds for reproduction! Basically, most trumpet flowers are shaped to fit hummingbird beaks.

European hummingbird fossils have been found that are between 40-50 million years old.

Hummingbirds currently live in both North and South America, but many of them are mobile, spending spring in the north and winter where it’s warmer, between Alaska and Mexico.

With such a high-speed metabolism, these tiny birds generate a lot of heat! Instead of sweating, hummingbirds evaporate moisture a and heat on featherless body structures such as around their eyes, feet, and under the wings. Their exhales also expel heat and moisture.

Beyond vocalizations, and their unusual ability to remember songs,  hummingbirds also make vibration sounds with their feathers. Some males, such as the Anna’s,  make whistle /chirping noises with outermost tail feathers during courtship displays. 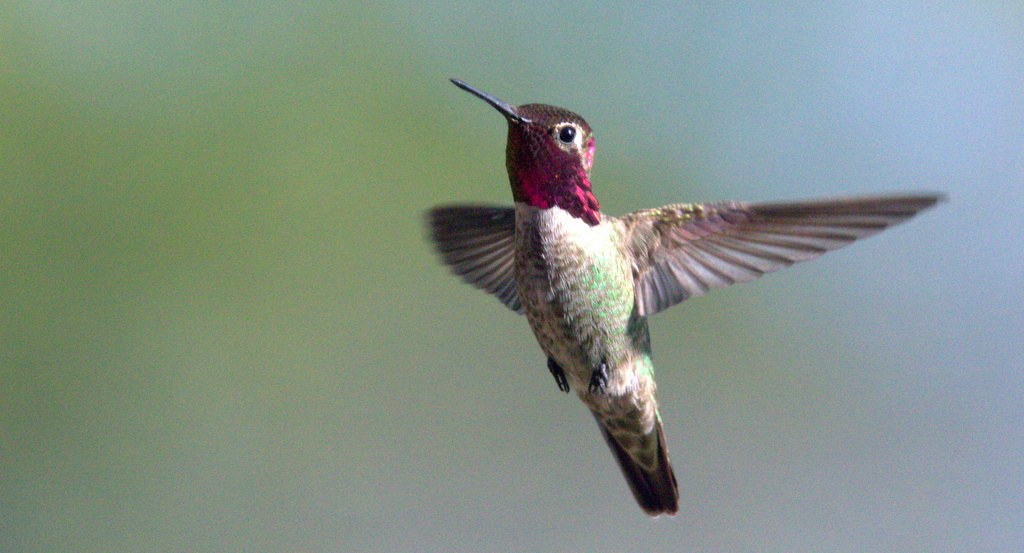 The Rufous hummingbird is the most common species you’ll see in Nevada County. Of all the varieties, it makes the longest migration – 3,900 miles – between Mexico and Alaska. Because it spends time in harsher weather conditions, it can survive below-freezing temperatures.

While chicks have very high mortality rates, the birds that reach adulthood live between 3-5 years. However, some banded birds were observed living for up to twelve years.

For males, reproduction is about flashy color displays and elaborate dances.

Females are nest builders and egg sitters. A mother will lay two eggs at a time, incubating them between two weeks to 23 days.

In order to sit long enough to keep eggs warm, females go into torpor. Once hatched, newborns hide, hunkering down deep in the nest only reaching out when they feel the breeze from their mother’s wings.

Fledglings remain in the nest for just over two weeks.

Sweeteners NOT to Use in Feeders

If You Do Feed Wild Hummingbirds

The BEST way to attract and support hummingbirds is with native plants.

“Flowers should be chosen for their ability to produce nectar, to grow well in your particular region, and to be in bloom when the hummingbirds need them.”  – Redbud Chapter California Native Plant Society

If you live outside Nevada County California, click here for a list of North American Native Plant Societies.

Nature – Behind the Scenes of Hummingbirds