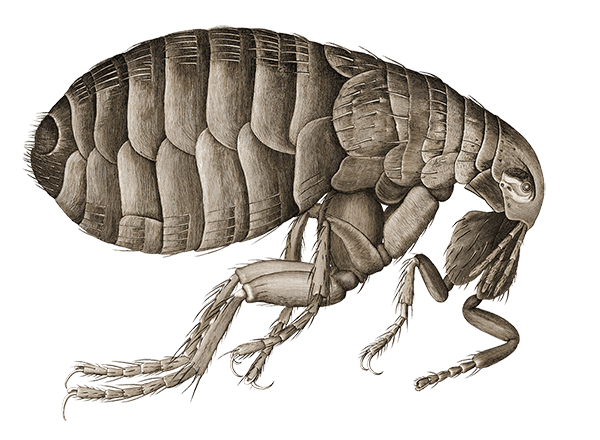 Fleas were a frequent irritant during the California Gold Rush.

Migrants from all over the world transported more than possessions. They also carried parasites and disease. Overcrowded, unclean living conditions were ideal breeding grounds many nasty bugs.

Disease such as cholera, tuberculosis, and smallpox was deadly especially for Native American populations with no previous exposure or immunity.

The forty-niners dubbed cholera “the ruthless destroyer,” and one described the road from Independence, Missouri, to Fort Laramie as a “graveyard.”  – Disease on the Western Frontier: Cholera and Tuberculosis During the California Gold Rush (1850-1900) – CSU, Chico Thesis [PDF] – by Shannon Clinkinbeard

The California cholera epidemic began in 1849 and directly coincided with the rush for gold (Roth 1997:527, 549). Cholera followed both the overland and ocean migration routes of travelers, and parasites and bacteria were easily transported and transferred as these migrants settled along rivers, streams and stagnant water sources (Rosenberg 1962:115; Roth 1997:529, 549). The newly established towns in California contained crowded transient populations, primitive sanitation measures, and since water supplies were shared, individuals were highly susceptible to the spread of the cholera bacterium (Rosenberg 1962:115; Roth 1997:549). – Disease on the Western Frontier: Cholera and Tuberculosis During the California Gold Rush (1850-1900) – CSU, Chico Thesis [PDF] – by Shannon Clinkinbeard

Also known as consumption, tuberculosis is a chronic infection that mostly inhabits the lungs. It is spread by exposure to microscopic particles in an infected person’s cough, sneeze, or spit. Symptoms include deterioration of body tissues and severe cough that may expel blood.

Tuberculosis can remain dormant in the body for a lifetime, becoming active when the immune system of the host is compromised.

Parasite infestations and disease were greatly reduced once the mechanics of infection spread was understood and public health infrastructure such as wastewater and sewage treatment systems were in place. 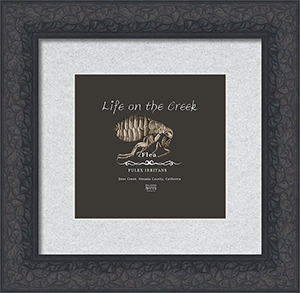 Disease on the Western Frontier: Cholera and Tuberculosis During the California Gold Rush (1850-1900) – CSU, Chico Thesis [PDF] – by Shannon Clinkinbeard

JSTOR – The Health Factor in the Gold Rush Era