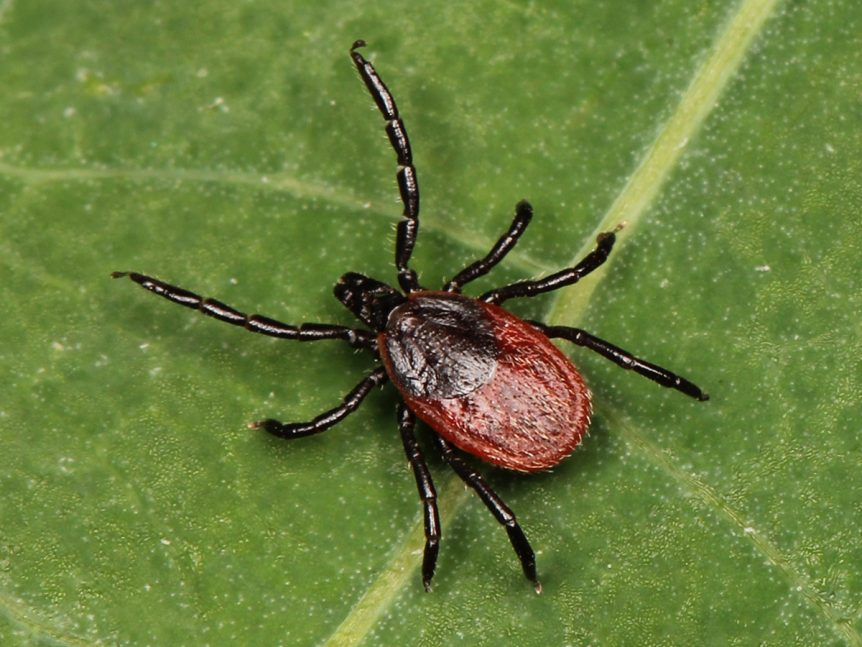 Even if bloodsucking arachnids make you scratch, it’s worth spending a few minutes learning about the behaviors of this tiny creature who survives by hitching rides and drinking blood. While ticks have the potential to spread serious disease, if you know where they hang-out, how do inspections, and how to properly remove them, you can minimize the danger to yourself, your family, and your pets.

Blood meals are required for growth. Black-legged ticks (aka Deer Ticks) are hard-bodied and require a host to progress through each life stage. Between meals, they wait, often going into diapause, a state of suspended development.

When not connected to a host, ticks require cool moist places like;

They only crawl and climb. To move long distances, ticks must do so while attached to a host. 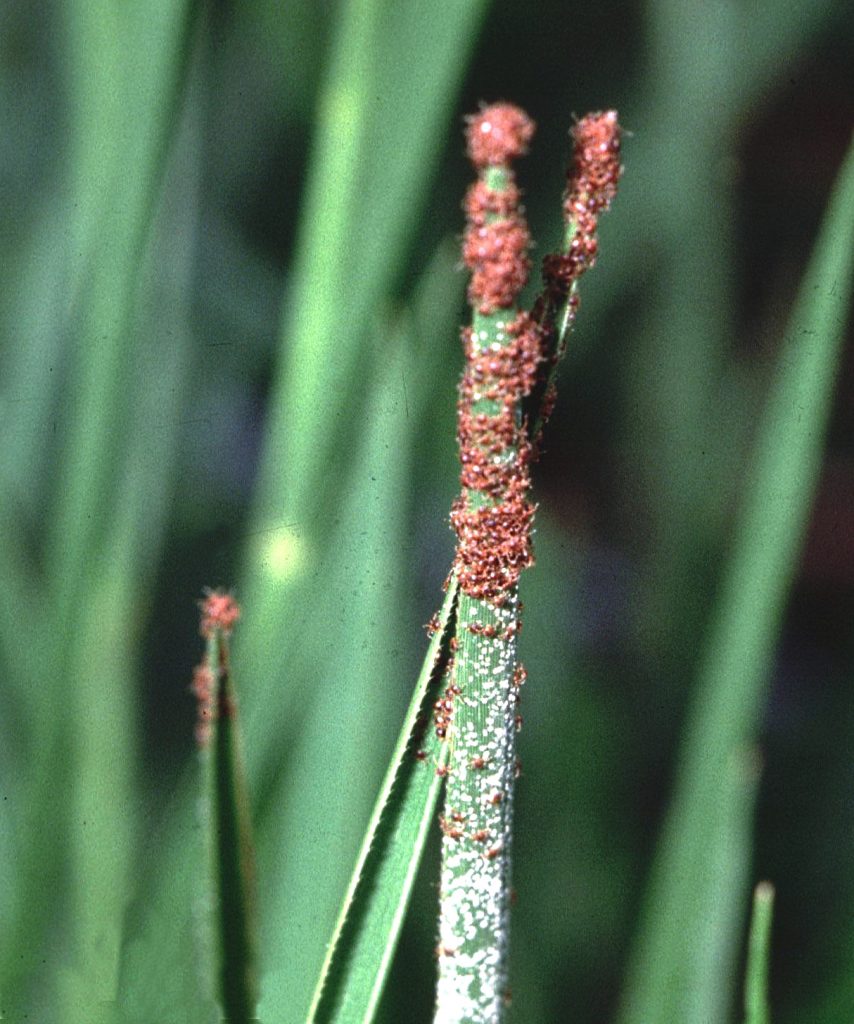 Questing is when a tick prepares to latch onto a host. Like a pirate with a grappling hook, a tick perches at the end of grass blades or branches, waiting with outstretched front legs.  After hooking onto hair or clothing, the tick begins to ascend. They travel up, looking for locations with thinner skin and for places where hosts cannot reach. 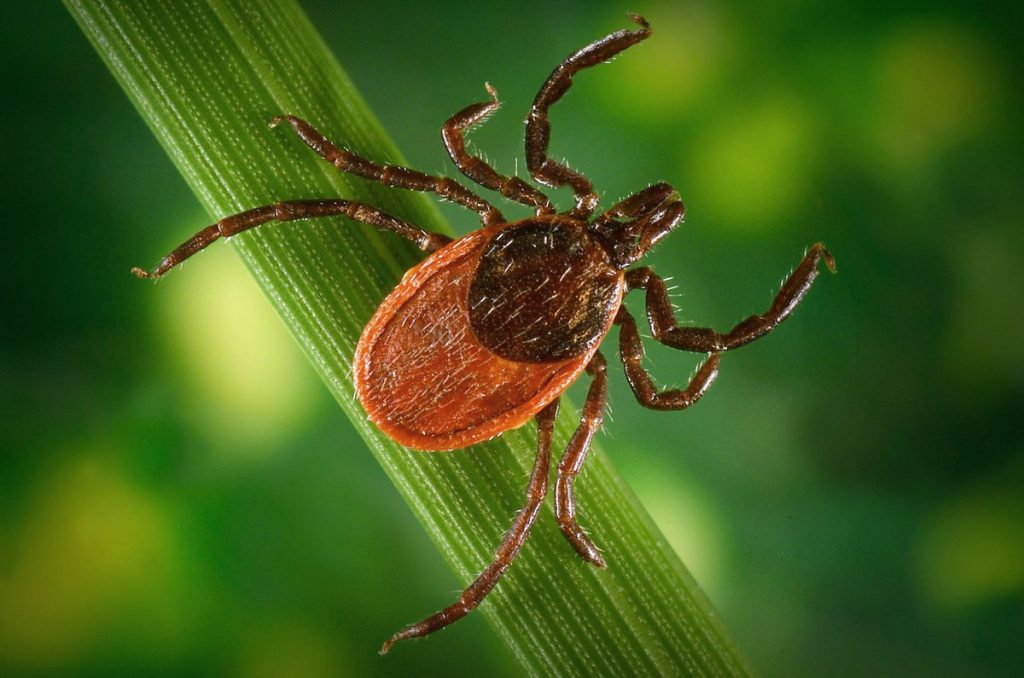 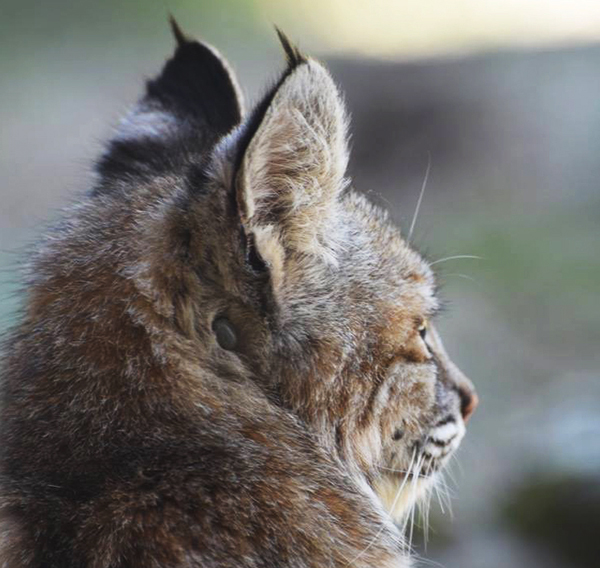 In warm climates, a tick’s life span may only last a year. In Nevada County, where it’s cold, a tick has a three-year life span.

Tick life starts out as an egg.

Larvae hatch with six legs. *They go into diapause, suspended development, whenever weather conditions are not ideal.

The larva attaches to a host – usually a small animal –  for its first blood meal – which can last from days to weeks – then drops off.

After molting, a larva becomes a nymph, gains two additional legs, and overwinters in this stage.

Nymphs seek out a host for a second blood meal – which can last from days to weeks – then drops off.

Nymphs molt into adults and overwinter in this stage.

Adults seek out a third blood meal – usually on a large animal – where they feed and mate through the summer.  Males die after mating.

Females drop off the host to lay eggs on the ground. She’ll lay about twenty eggs a day and can lay over a thousand in a month-and-a-half. At this life stage, most of her body weight is comprised of the eggs. When she’s finished laying, her body collapses.

*Engorged females, ready to lay eggs will look for soil as a first choice, but if she drops off inside a house, she will seek places like hampers, bathroom rugs, or a pile of damp laundry. 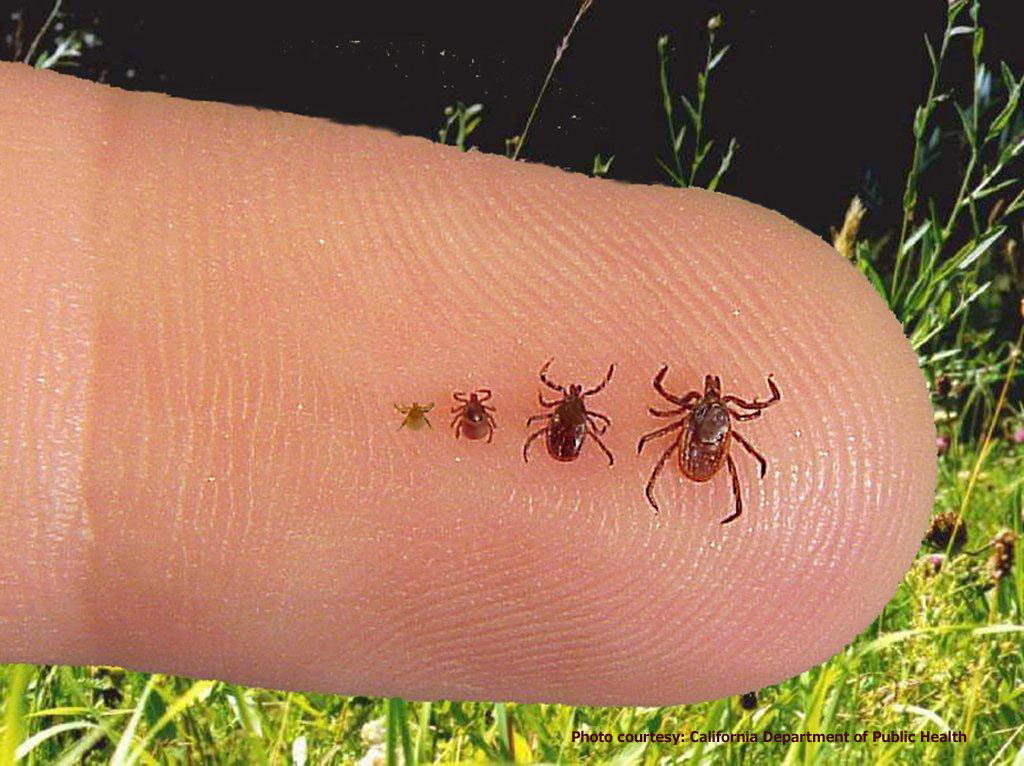 Using diapause, ticks can survive long periods of drought. They can also survive underwater for two to three days and can last for two years without a blood meal.

Adult black-legged ticks (aka Deer Ticks) are most active after the first frost in fall and again in spring. 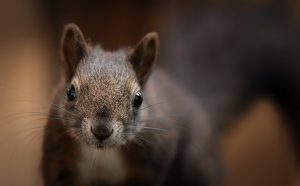 In California, the Western gray squirrel is known to harbor the bacterium –Borrelia burgdorferi– that causes Lyme Disease. Ticks pick this up during their first or second blood meal. 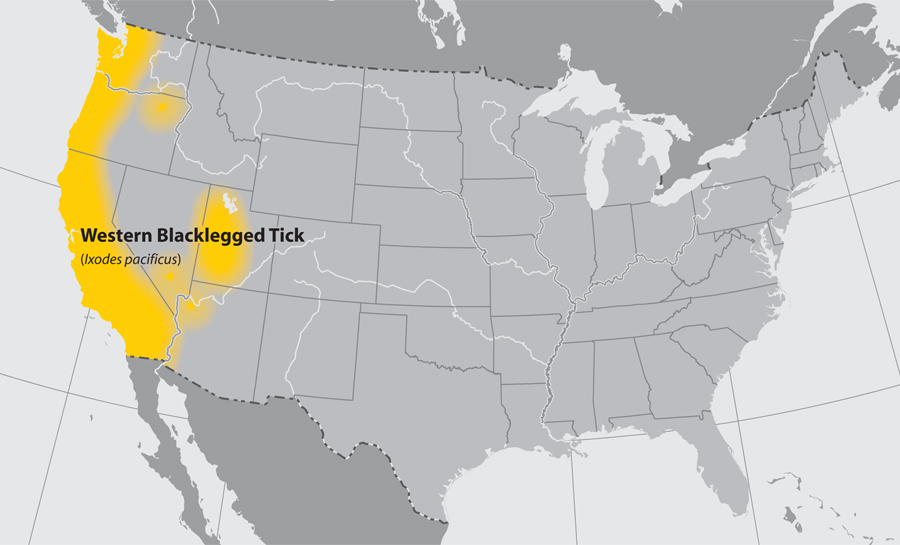 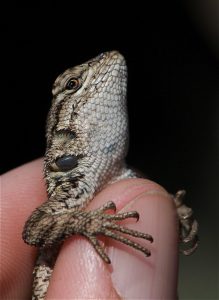 While in the larva or nymph stage, ticks frequently find lizard hosts. 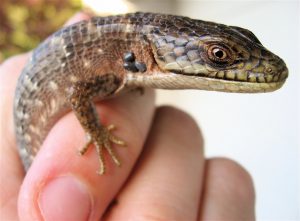 Lizards may be the reason Lyme Disease is not as prevalent in the western states as it is in the east.

Once a tick is finished with its lizard liquid, the bacteria won’t be transmitted to the next host.

Because ticks have numbing agents in their saliva, you won’t feel it when mouthparts penetrate.

With tweezers, grab the tick close to the skin and pull straight out.

**It’s important to remove ticks as soon as possible. It takes between 36 to 48 hours for a Borrelia burgdorferi carrier tick to transmit the bacteria from the gut to the salivary glands.

From the data on the Interactive Lyme Disease and Tick Survey,

The highest risk counties in California are; Trinity, Humboldt, and Mendocino.

If a rash or skin irritation occurs after a tick bite, promptly seek medical attention. 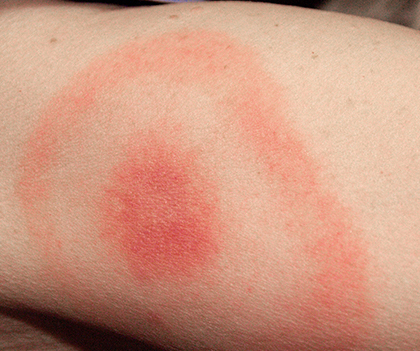 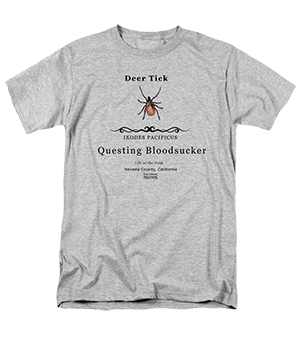 Nevada County Reports of Lyme disease by the year