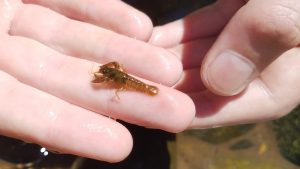 Fossil records show crayfish have been in North America for millions of years.

According to the U.S. Geological Survey, the native range for the Signal crayfish (Pacifastacus leniusculus) is the Columbia River’s lower estuary. The range goes northwest and through tributaries that reach into British Columbia, Washington, Idaho, and Oregon.

Historical records say crayfish were first introduced to the Truckee River and Lake Tahoe sometime between 1895 and 1909. They were placed there for fish food, bait, and human consumption. Crayfish are currently planted in ponds and on fish farms to control aquatic weeds.

Crayfish live in a variety of freshwater environments from backwater pools to large rivers, streams. and subalpine lakes. Favorite places include hiding among rocks and in stands of partially submerged plants.  They are temperature and pH-sensitive. 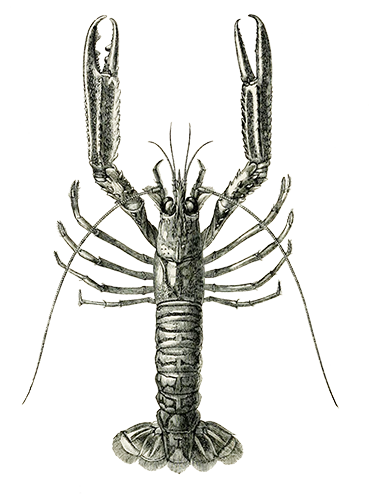 Crayfish breathe through gills. They can survive on land as long as gills remain moist. In water, gills also collect small food particles.

Most activity and feeding occurs at night.

Crayfish have two sets of antennae, one set for touch and the other for smell.

Body armor—or the exoskeleton—is a crayfish’s main defense, though pincers are also used for battle.

The exoskeleton is made up of calcium carbonate (limestone), taken from the water. It builds up in layers. When the animal grows, it sheds its exoskeleton. At this time, it is at its most vulnerable until the new exoskeleton hardens.

Molting occurs most often as young grow to adulthood. Once crayfish are fully grown molting only happens a few times per year.

Crayfish have the ability to regrow claws if they are lost. Claws are also used for eating and mating. 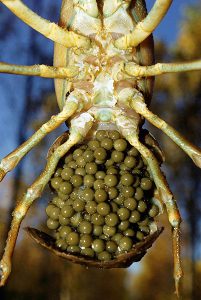 Depending on food availability and water temperature, breeding can begin between three to six months of age. Mating usually occurs in the spring and summer months.

Mothers can hold sperm until conditions for egg-laying are right, usually in fall.

Females lay somewhere between 200 – 400 eggs. These are attached to her swimmerets under her tail. Young remain with their mother through several molts. As they grow, they separate somewhat, staying attached by thread-like tethers. Once fully separated, the mother secretes a pheromone that keeps the young close for protection. 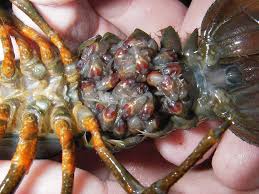 Average is about 3 years. In captivity, some have lived up to twenty years. 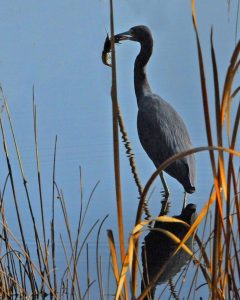 Anything living in or near the water.

Crayfish Consumption in the West:

Crayfish Species Where They Don’t Belong (Shipping Crayfish to Classrooms):

Carriers of a Plague Organism:

According to the U.S. Fish and Wildlife Service, “crayfish plague, caused by the fungus-like organism Aphanomyces astaci Schikora, is listed in the top 100 of the “World’s Worst” invaders by the International Union for Conservation of Nature.”

Like the Asian Ladybug, Signal crayfish can live in a balanced host-parasitic relationship. If they are brought into places where that balance hasn’t been established, ecosystem havoc can result. 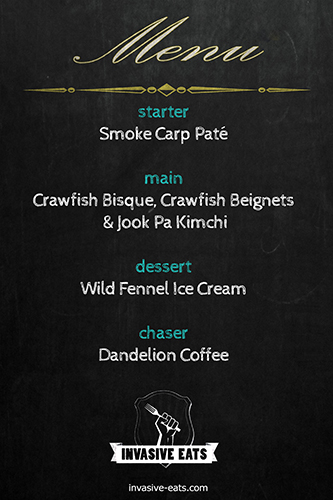 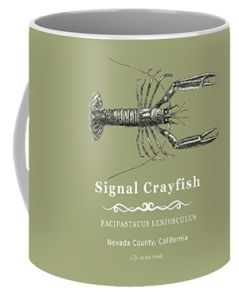 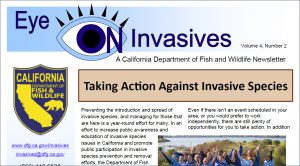 National Park Service – The impact of introduced crayfish on a unique population of salamander in Crater Lake, Oregon 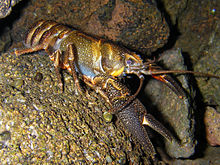