How the Bald Eagle Became the Symbol of the United States

In 1776, members of the Continental Congress passed a resolution saying the new nation needed a formal seal for official documents.

Benjamin Franklin, John Adams, and Thomas Jefferson comprised the first committee who would work on it. 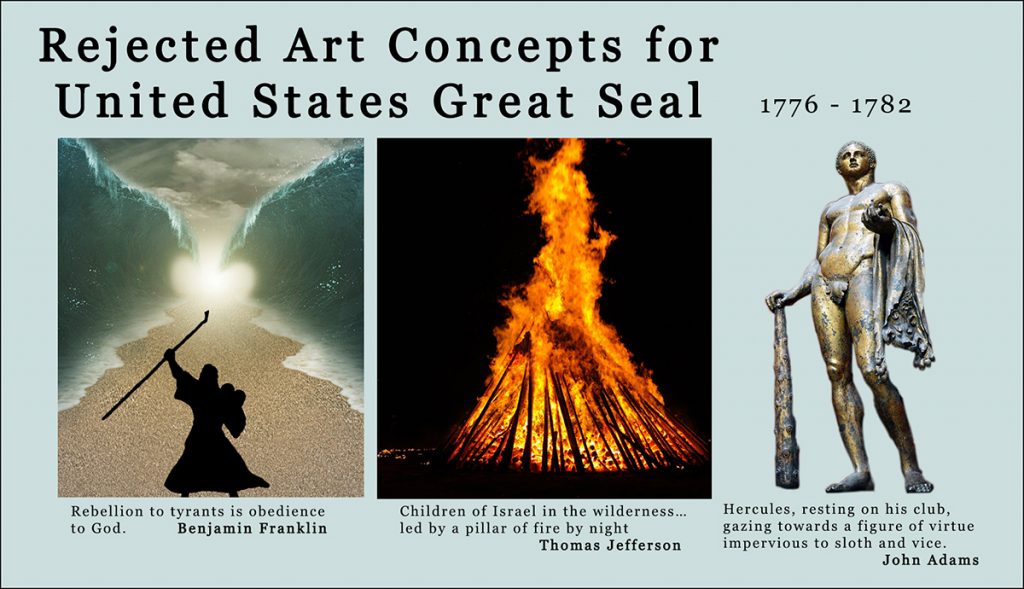 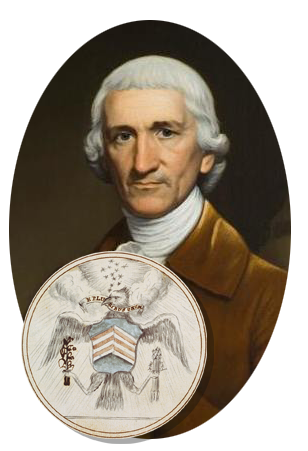 Secretary of the Continental Congress, Charles Thompson designed the United States Great Seal in 1782. It symbolizes strength, unity, and independence.

According to iNaturalist, there have been four Bald Eagle sightings in the Deer Creek watershed so far this year – mostly concentrated around Lake Wildwood. I was excited to see one flying down the canyon near Newtown this spring, but with no camera in hand, I could only squeal with glee!

This raptor’s habitat includes all of North America, some parts of northern Mexico, and Canada. They prefer large lakes and rivers with plenty of fish and tall trees. Some populations are year-round residents along both coasts, along the Mississippi River, in the Rockey Mountains, and in Alaska. Other bird populations are migratory. 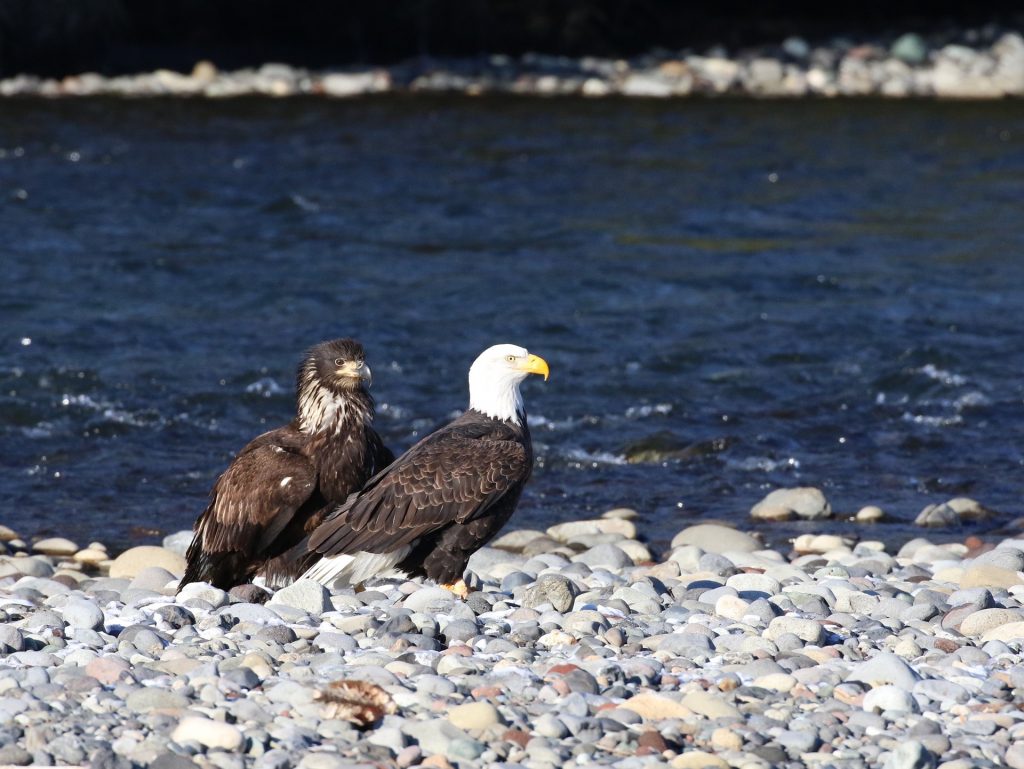 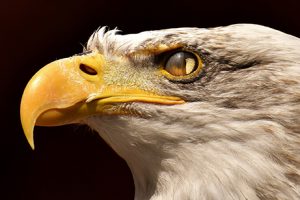 Eagles have multiple eyelids. The top one blinks up. The inner one – nictitating membrane – sweeps across. Eagle tears protect against saltwater, destroys bacteria, and prevent infections. 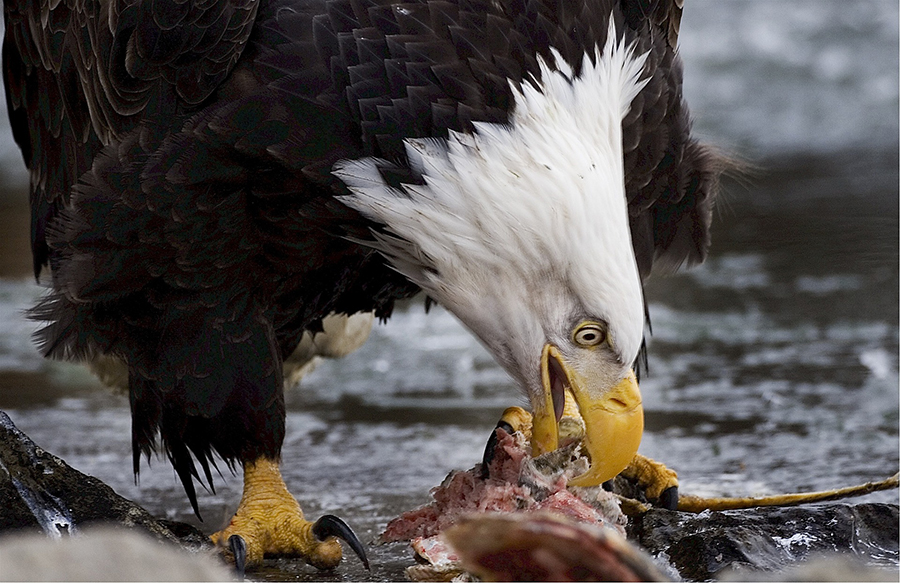 Bald eagles use their best weapons to ward off attacks and fight for territory – their feet!

Late winter, during the time they’re getting preparing to mate, is when most of the territorial disputes occur. As habitat loss increases, territorial fighting increases in intensity.

Twenty-eight years in the wild, 30 years in captivity.

Both males and females participate in sitting on eggs and parenting. A pair, while separating outside mating season, will come together year after year 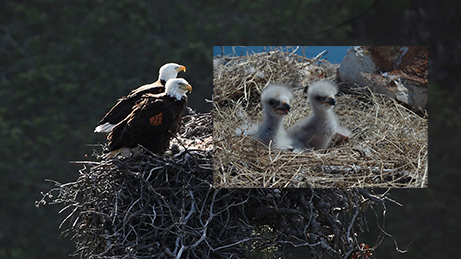 to mate and reproduce.

If one of the pair dies, the survivor will look for a new mate at the beginning of the next mating season.

Beeding season is between January through August.

Platform nests – aeries – are constructed at the tops of trees. They’re about 6’x6′ and can weigh over a ton! Eagle pairs will often return to their nest site.

A clutch consists of two to three eggs. Incubation is approximately one month.

After chicks have hatched, experienced parents ball their feet when entering the nest so as not to injure young with their talons. 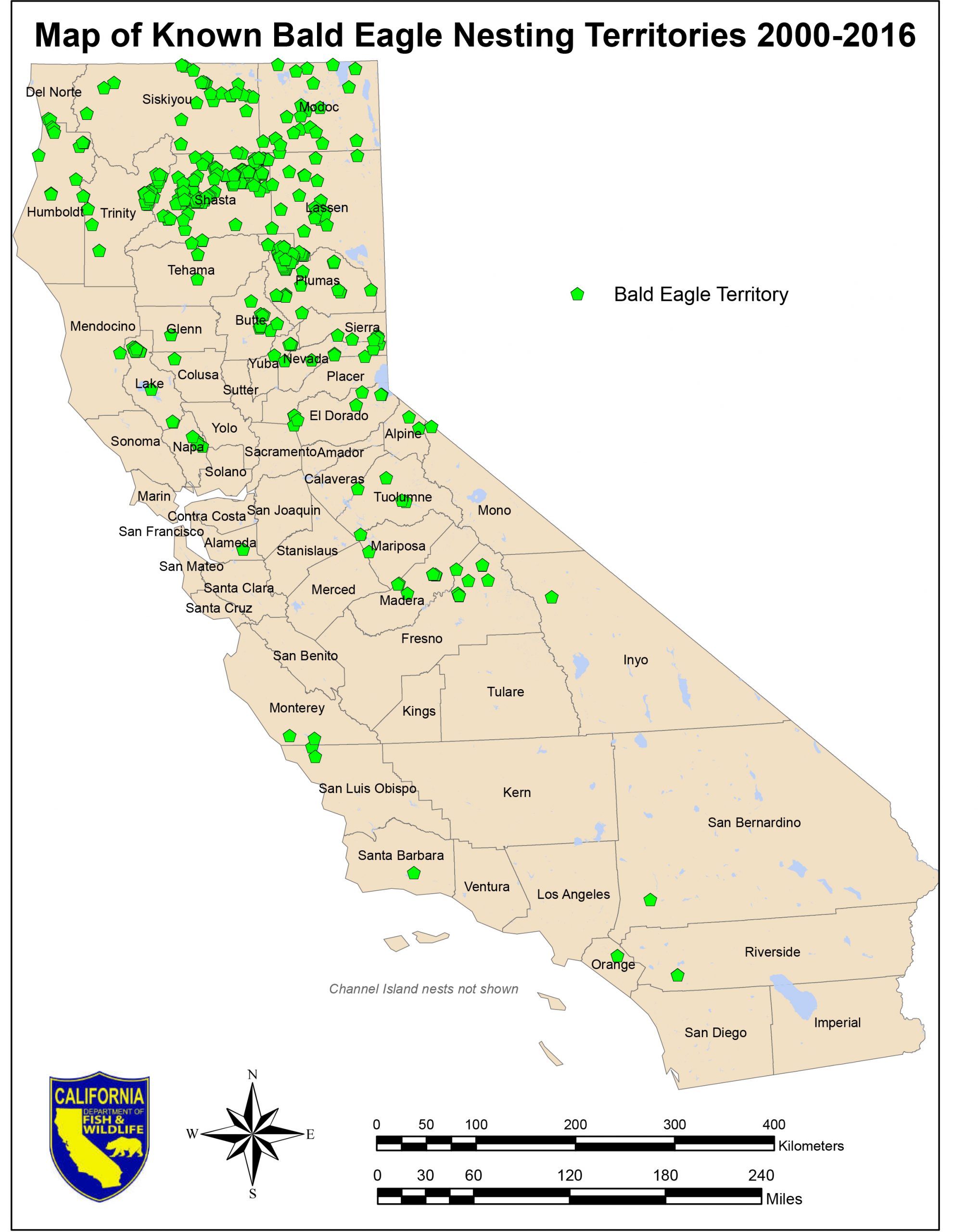 Bald eagles were the first animal to be placed on the endangered species list in the late 1960s. At that time, there were only 30 nesting pairs left in northern California. It was discovered that DDT caused thin eggshells. It was banned in 1972.

With conservation and management efforts, eagle populations recovered. The animal was removed from the endangered list in 2007.

Bald Eagles are still protected under the Migratory Bird Treaty Act and the Bald and Golden Eagle Protection Act. 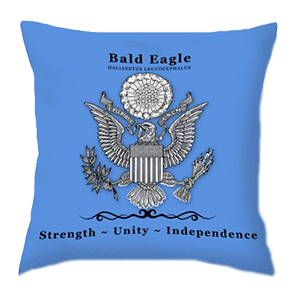 click on image to purchase or see more Life on the Creek art. 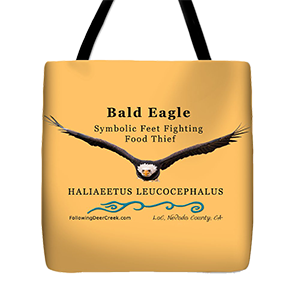 click on image to purchase or see more Life on the Creek art.

If you liked this article, you may also like Mountain Lion – Fragmented Power Pouncer